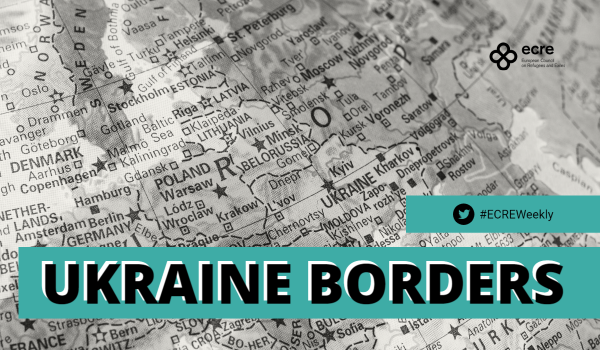 The overwhelming majority of the roughly 2.5 million people fleeing Ukraine have entered Poland and neighbouring countries. Communities in Poland have welcomed more than 1.5 million arrivals, Hungary has introduced tougher border controls, and Moldova – one of Europe’s poorest countries – is under pressure.

The unprecedented displacement from Ukraine over the past two weeks is estimated to generate as many as five million refugees according to EU’s foreign affairs chief, Josep Borrell. The majority of people fleeing are women and children as able-bodied men have been ordered to stay in Ukraine and fight. Half a million children – some unaccompanied – have passed through neighbouring countries. UN agencies warn of a high risk of violence, abuse and exploitation for these people and urges receiving countries to identify and register unaccompanied children.

UNHCR, the UN Refugee Agency, has also warned that a trend of refugees finding accommodation with relatives, friends or contacts in the Ukrainian diaspora is ending given the increasing number of arrivals. This shift is visible in Poland where more than 1.5 million people have arrived. “At the start, about 90-95% were people who had a place to go, now there’s many more people looking for a place to go and where someone will take care of them,” stated the mayor of Przemysl, a town near Poland’s busiest border crossing, continuing: “They don’t have friends or relatives”. However, Poland has seen a broad mobilisation of local communities and international volunteers and donations. United Nations High Commissioner for Refugees, Filippo Grandi stated he “was impressed by the outpouring of solidarity by communities through Poland in support of refugees”. Polish authorities known for their harsh position on migration, recently illustrated at the borders with Belarus, have largely welcomed people fleeing Ukraine. However, UNHCR note that they are “aware of challenges faced by some third country nationals seeking to enter Poland and are in touch with the authorities to ensure that all those in need of international protection have access to procedures”.  Already by 1 March there was a 60 hour wait to cross the Polish border for anyone fleeing Ukraine.

Meanwhile, Hungary – another Visegrad country known for anti-migration stance – has introduced tougher border controls. More than 225,000 fleeing Ukrainians are currently hosted by Hungary, where prime minister Viktor Orban declared that “all those fleeing from Ukraine will find a friend in the Hungarian state”. However, people without correct documents can be stopped and taken for questioning, the government says. According to Romanian border guards their Hungarian counterparts have officially announced extended waiting times to check those Ukrainians who did not have biometric passports more closely. Further, as of 8 March the Hungarian government introduced a decree that according to ECRE member Hungarian Helsinki Committee (HHC) is in breach of EU legislation on temporary protection for people fleeing Ukraine. The organisation notes that, according to the EU law, non-Ukrainians who have valid Ukrainian permanent residence permit and cannot return to the country of origin are eligible for protection. However, such persons will according to the decree be handled under “general rules” dictating that “nobody has the right to apply for asylum in Hungary since May 2020”. This means that “All those wishing to apply for asylum in Hungary must travel first to the Hungarian embassy in Belgrade or Kyiv (!), submit a statement of intent, wait for 2 months for an approval and in case that is granted, must then travel to Hungary and ask for asylum”. On 8 March Human Rights Watch (HRW) stated: “While volunteer and charity organizations are doing their best to meet people’s immediate humanitarian needs, it’s less clear what the Hungarian government is doing or has planned. The authorities may be counting on Ukrainians moving on to other EU countries, but foreign nationals arriving from the warzone will need information and support specific to their situation”. However, local communities, even some supporting Hungary’s anti-migration policies, are stepping up support to Ukrainian refugees – including minorities.

Moldova, one of the poorest countries in Europe, had seen 368,000 arrivals by 8 March, according to the European Commission. While this would amount to an 11 percent increase in the country’s population, in reality many Ukrainians are just passing through Moldova on their journey to safety elsewhere. The latest UNHCR data on 11 March recorded roughly 105,000 Ukrainians in Moldova. Nonetheless, Minister of Foreign Affairs of Moldova, Nicu Popescu stated on 6 March: “Moldova is by far the country with the highest number of refugees per capita”. The minister says his country is approaching a “breaking point” and Moldova has urged support from EU and the US. Following a mission to the country Council of Europe Commissioner for Human Rights Dunja Mijatović stated: “The Moldovan authorities, NGOs and many ordinary citizens have stood up to the daunting challenge by mustering a humanitarian response, coordinating the provision of assistance to meet the basic needs of the arriving people, making reception centres available, and ensuring medical, psychosocial and administrative support. Since the beginning of the war, they have been dealing with a humanitarian emergency with very limited resources”.

Romania had also received nearly 85,000 arrivals by 11 March. Days earlier, UNHCR reported 20 hour queues at the border. The agency has set up a 24/7 emergency hotline and stated that: “National authorities are managing accommodation and transport – new arrivals are being moved from the border to reception centres or other locations. Local communities are generously helping with transport and accommodation, while private companies are paying for hotels. Volunteers are providing interpretation services and other forms of practical support”. On 4 March media reported of “A kilometer-long convoy of cars” and “tens of thousands of refugees” heading for Uzhhorod, near the Ukrainian border Slovakian border. By 11 March more than 176,000 refugees from Ukraine had crossed the border. According to UNHCR: “the government is maintaining an open and welcoming policy towards refugees, and has rapidly changed asylum laws to help fast-track asylum procedures. Financial and material support is also being provided by local communities, who are supporting refugees with food and hygiene items, offers of free transport, and accommodation. Local municipalities and villages are also creating temporary shelters for refugees”.