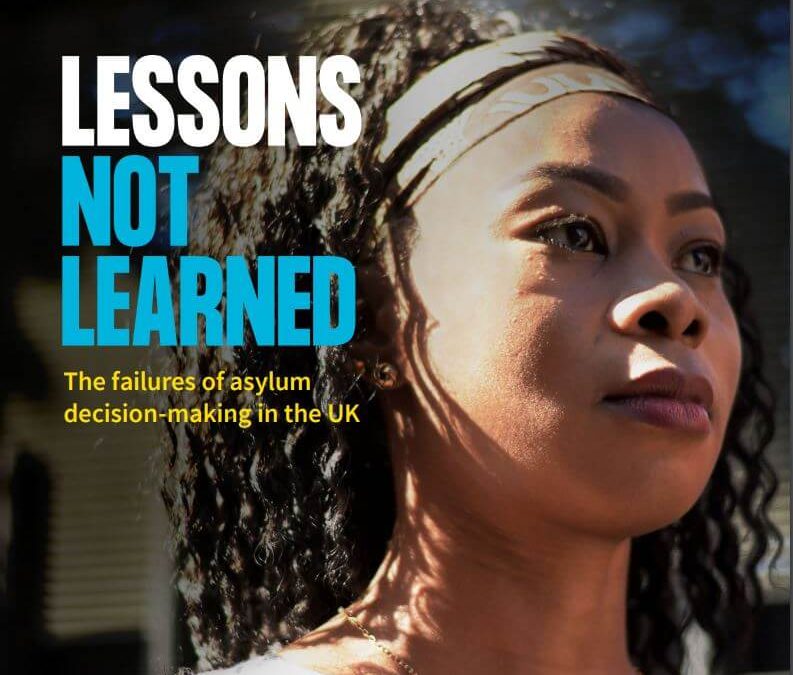 A new report entitled “Lessons not Learned: the failures of asylum decision-making in the UK” compiles findings from over 50 publications issued over the last fifteen years on the quality of decision-making processes in the UK Home Office. Responding to the upcoming publication “Windrush Lessons Learned review” by the Home Office, the Refugee Council, Freedom from Torture and six other organisations warn that the Home Office is instead set to repeat the mistakes made in Windrush.

Built on an analysis of over 1800 asylum cases and 140 interviews, the report charts the consistent failure of the Home Office to implement recommendations to improve procedures. A negligence with devastating impact on individual asylum seekers. It documents flawed credibility assessments and finds that the current system places an unrealistic and unlawful evidential burden on applicants. It also describes a starting point of disbelief for applicants and a broader ‘refusal culture’ in the approach of the Home Office.

Maurice Wren, Chief Executive of the Refugee Council, stated “That those who have looked to Britain for protection from the violence, persecution, rape or torture they have endured, should be treated so unfairly and insensitively at the hands of the UK Home Office, is simply unacceptable.” The report describes the current approach of the Home Office as a “legal and a moral failure with a high human and economic cost for applicants” and calls for radical reform.