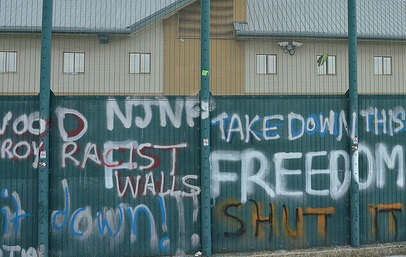 The UK Home Office has agreed to carry out an independent inquiry into the mistreatment and alleged abuse of detainees held in its network of 10 immigration removal centres (IRC’S), following the threat of legal action. The inquiry will investigate accusations of both verbal and physical abuse in order to decide whether conduct was in breach of the detainees’ right “not to be tortured or treated in an inhumane or degrading way”.

The Home Office has confirmed that the Prisons and Probation Ombudsman will investigate the reported abuse which was exposed by a whistle-blower in a Panorama undercover investigation in September 2017. The footage from the documentary “Undercover: Britain’s Immigration Secrets” brought to light threats, racist abuse, and physical attacks perpetrated against detainees, including the covered- up strangling of a man, by the centre’s G4S officers.

Former and current detainees have reported being poorly treated; one said she felt like “an animal being taken to the slaughterhouse”.

Lawyers acting on behalf of two individuals detained in Brook House IRC will investigate whether Article 3 of the Human Rights Convention, the right not to be tortured or treated in an inhumane or degrading way, has been breached. Joanna Thomson, a partner and solicitor at Deighton Pierce Glynn (DPG) solicitors, who represented one of the detainees, said: “Panorama revealed shocking, deliberate abuse of detainees by detention staff. And that was probably only the tip of the iceberg. Staff were shown bragging about how they mistreated vulnerable detainees and how they cover up the evidence.”

On October 11, a freedom of information response from the Home Office acknowledged that suicide attempts in detention centres had increased by more than 22% between April and June 2018, at times more than two attempts at suicide had been made per day. In one case publicised this month, an immigration detainee killed himself two days after staff determined in a three-minute meeting that his distress was due to toothache.

A second Freedom of Information response reveals that in the past four years, medical professionals have made more than 10,000 reports to Home Office officials about detainees believed to have experienced torture outside the UK. The statistics demonstrate that the Home Office’s own Adults at Risk policy, which was intended to keep vulnerable people and survivors of torture out of detention facilities is not being appropriately implemented.

Earlier this year, The Guardian conducted a survey of almost 200 detainees held in seven deportation centres in England and found that almost 56% were defined as an “adult at risk”, while 84% had not been told when they would be deported – implying indefinite incarceration.

Former Prisons Ombudsman Stephen Shaw has criticised both this and the mental health safeguards available in detention centres, while Sonia Sceats, Director of Freedom from Torture stated; “The Home Office promised that its Adults at Risk policy would increase protection for torture survivors but this was a cruel sleight of hand. In reality, it stacks the decks against survivors by giving the Home Office more power to over-rule medical concerns.”