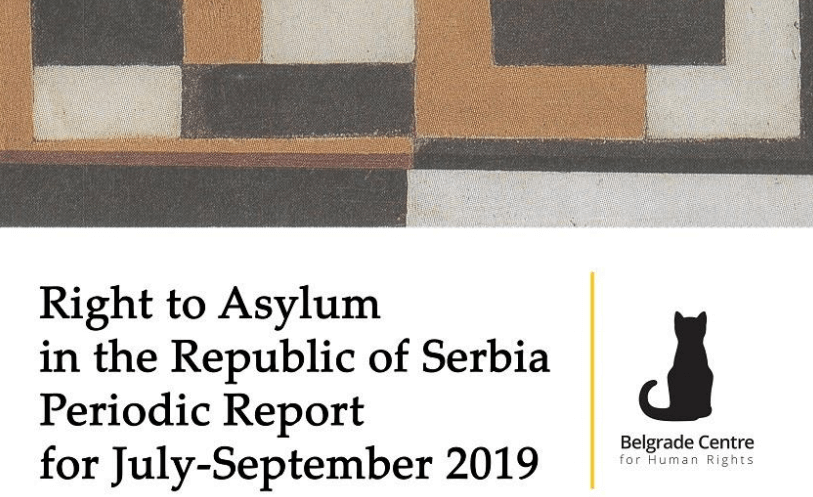 ECRE member Belgrade Centre for Human Rights (BCHR) has published its periodic report on the right to asylum in the Republic of Serbia, containing an overview of key concerns relating to the asylum procedure in the country during the period from July to September 2019.

The report is based on information the BCHR team collected while providing advice to asylum-seekers within the project “Support to Refugees and Asylum Seekers in Serbia” supported by UNHCR. It summarizes relevant figures and offers a detailed analysis of decisions of the asylum authorities at first and second instance. BCHR raises particular concerns as regards the quality of decisions, referring to inappropriate and incorrect examination of applications. This includes not sufficiently taking into account the personal and general circumstances surrounding the application and dismissing applications on the basis of the safe third country concept under the Law on Asylum which is no longer in force.

The report further provides an overview of key issues relating to the integration of refugees, which also results from the non-alignment of various laws with the Law on Asylum and Temporary Protection (LATP) of 2018. The inability to naturalise, the non-issuance of identification and travel documents and the lack of access to certain benefits are listed as particular obstacles to integration. BCHR provides and addresses concrete recommendations to the relevant authorities to improve the situation of refugees in the country.