Search and Rescue: UNHCR Call for Urgent Action over Deaths at Sea, Meanwhile Deaths Continue on the Mediterranean and Atlantic Routes 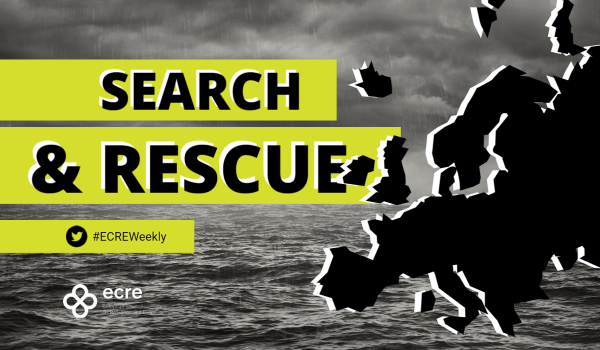 The UN Refugee Agency (UNHCR) demands “urgent action” over deaths at sea – according to a report released by the agency on 29 April more than 3,000 people died or went missing attempting to reach Europe by Sea in 2021. Meanwhile, the latest period is marked by a series of deadly tragedies on the central Mediterranean and Atlantic routes.

Speaking of a new report released by UNHCR on deaths at sea in 2021, spokesperson Shabia Mantoo stated: “Of the 2021 total, 1,924 people were reported dead or missing on the Central and Western Mediterranean routes, while an additional 1,153 perished or went missing on the Northwest African maritime route to the Canary Islands”. UNHCR appeals for: “meaningful alternatives to these dangerous journeys”, and the prevention of people becoming victims of traffickers”.

Meanwhile, the death-count on the Central Mediterranean route for 2022 is already at 550 according the International Organization for Migration (IOM). The civil rescue operator SOS MEDITERRANEE has published the testimony of a survivor rescued by its vessel Ocean Viking from a boat in distress in Libyan waters on 25 April. 12 lives were lost according to the rescue operator. After carrying out four rescue operations since 24 April the Ocean Viking had 295 survivors on-board including a one-year old baby. Despite numerous requests for a port of safety to disembark the Ocean Viking remained stuck at sea with survivors facing increasing psychological distress. “After up to ten days at sea amid rough weather conditions, the 294 remaining women, children and men rescued in the central Mediterranean by Ocean Viking in four difficult operations are exhausted. Keeping survivors rescued from near-death at sea stranded on a rescue ship is disgraceful,” SOS MEDITERRANEE stated on 4 May. The day after on 5 May the organisation finally confirmed that it had been assigned a port in Pozzalo. On 1 May Médecins Sans Frontières (MSF Sea) announced that its vessel Geo Barents had been assigned a port of safety in Augusta Sicily for 101 survivors including four children and a pregnant woman rescued in international waters off Libya on 23 April. The permission to disembark came only after days of waiting. On 4 May Sea-Watch announced that: “57 people have just been rescued by our crew. Onboard our United4Rescue alliance ship Sea-Watch 4, they now receive something to eat and drink, new clothes if needed, and medical care”.

According to IOM more than 4,400 people have been intercepted and returned to Libya by the EU funded so-called Libyan Coast Guard, recently threatening civilian rescuers in international waters, in 2022 as of 23 April. Evidence of widespread and extreme human rights abuse in war-torn Libya, including crimes against humanity has been mounting for years and a recent testimony by a survivor is cooperated by MSF: “We see a lot of them with actual physical evidence of violence, injuries that cause long-term problems,” MSF doctor Mohammed Fadlalla told AFP, continuing: “We commonly see bullet wounds, burns, evidence of electrocution, lots of beatings”. EU cooperation with Libya has been critisised as complicity in human rights abuse and the civilian search and rescue operator, Sea-Watch recently launched a lawsuit against the European Border and Coast Guard Agency (Frontex) at the EU General Court in Luxembourg over the agency’s refusal to release documents detailing its working relations with the so-called Libyan Coast Guard. Former director of Frontex, Fabrice Leggeri has resigned, reportedly as the result of increased scrutiny of the agency’s misconduct and implication in human rights violations.

According to UNHCR the Atlantic route to the Canary Islands cost 1,153 lives in 2021 – traffic on the deadly route has continued to increase in 2022. On 26 – 27 April at least 31 people lost their lives while attempting to reach the Canary Islands. Just 36 of 61 people remained afloat when Spanish rescuers from Salvamento Marítimo arrived to a boat in distress 245 kilometers off the Canary Islands on 26 April – one body was recovered and 24 believed to have died. Another six people from a boat in distress on the route carrying a total of 59 people were reported dead on 27 April. Further, Salvamento Marítimo, that recently denounced the Spanish governments “militarization of maritime rescues”, has been involved in several rescues in the Strait of Gibraltar rescuing 39 people on 2 May and on the same day another person seeking to cross the strait on a fragile boat. Another death was confirmed on 30 April when the body of a man was found in the port of the Spanish northern enclave of Melilla. On 1 May it was reported that Spain has announced the continuation of the closure of the enclaves of Ceuta and Melilla – EUs only land border with Africa – for another 15 days. The enclaves were first closed in the spring of 2020 due to the COVID pandemic and remained closed during a diplomatic crisis in 2021 between Madrid and Rabat.