Frontex: Leggeri Out Reportedly over OLAF Scrutiny as New Investigation Points to Cover Up of Pushbacks, Coast Guard Agency is ‘Arming Up’, Switzerland Sees Protests Ahead of Referendum on Continued Support 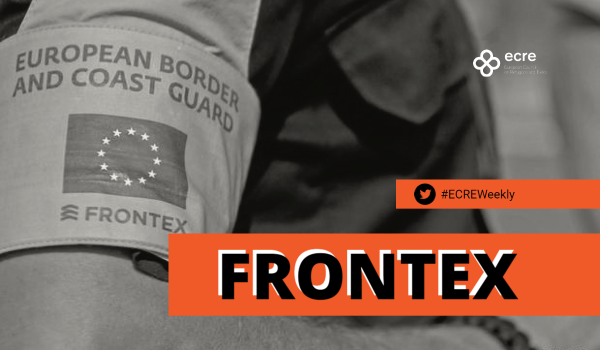 Director of the European Border and Coast Guard Agency (Frontex), Fabrice Leggeri is stepping down, reportedly over initial findings from a long-running investigation by the EU anti-fraud watchdog OLAF. A months-long investigation reveals how the agency’s own reporting system is used to cover-up pushbacks in the Aegean and its direct involvement. The expanding equipment list of Frontex will include lethal and non-lethal weapons and ammunition in 2023. In Switzerland thousands of people have gathered in demonstrations to protest “wall-building” policies symbolised by Frontex ahead of the national referendum in May to determine a significant increase of Swiss contribution to the agency.

Fabrice Leggeri who has been head of Frontex since 2015 – a period where the agency has grown exponentially and been under increasing scrutiny is reportedly stepping down. According to Politico who broke the story, Leggeri’s resignation is related to ongoing scrutiny of the agency: “Frontex has come under significant scrutiny for its alleged role in illegally turning migrants away at the EU’s borders, a practice known as pushbacks. Frontex has also faced allegations of harassment and misconduct within the agency itself… The EU anti-fraud watchdog, OLAF, has been investigating the accusations for over a year and is now preparing its final conclusions”. Leggeri’s letter of resignation published by Der Spiegel does not explain his reasons for leaving the agency.

A months-long investigation by Der Spiegel, Lighthouse Reports, Le Monde and other outlets reveals how: “Frontex’s own reporting system is used to conceal pushbacks in the Aegean & gloss over agency’s involvement”. The investigation included the analysis of the JORA database, leaked documents and audiovisual evidence as well as testimonies from asylum seekers and confidential sources. According to Giorgos Christides covering Greece for Der Spiegel: “Between March 2020 and September 2021 Frontex was involved in 222 incidents in the Aegean, resulting in the summary expulsion of at least 957 and potentially 8.355 asylum seekers”. Further, Christides points out that: “Frontex was not only directly involved in incidents – but also that descriptions in the agency’s own database are often a false representation of reality, covering up potential human rights violations”. The civilian search and rescue operator, Sea-Watch has lodged a lawsuit against Frontex at the EU General Court in Luxembourg over the agency’s refusal to release documents detailing its working relations with the so-called Libyan Coast Guard. The organisation reportedly witnessed the coast guard intercepting a boat carrying 20 people in the Maltese rescue zone on 30 July 2021 with the assistance of a drone from the agency.

Statewatch has released a decision from the Frontex Management Board “adopting rules relating to technical equipment, including the Minimum Number of items of Technical Equipment as well as the Rapid Reaction Equipment Pool to be deployed during operational activities coordinated by Frontex in 2023”. Statewatch comments on the agency development: “The MNITE and RREP lists have grown along with Frontex’s expansions of mandate, staffing levels, and budget under the 2016 and 2019 Regulations”. The MNITE for 2023 now includes lethal and non-lethal weapons and ammunition as well as an extensive list of personal equipment, surveillance equipment including drones and vessels, vehicles and aircrafts. While the agency can now use own, co-owned, acquired or leased equipment, as well as equipment acquired by member states the policy for selection of technical equipment (Article 3 of the decision), offers of equipment by member states may be considered “only exceptionally and as a last resort”. The annual budget of Frontex – EU’s largest agency – has increased from 6 million Euro in 2005 to 543 million Euro in 2021 and more than 750 million Euro in 2022. Although has seen its budget challenged by MEPs several times over alleged misconduct, lack of sufficient human rights monitoring and oversight.

Member states have provided significant resources for the agency as illustrated in a recent report by FragDenStaat entitled “Resources at the disposal of violence: How European countries make Frontex operations possible”. According to the report “Frontex’s ability to carry out border operations and deportations is therefore heavily dependent on European countries’ solidarity with the agency. In 2020, national contributions accounted for over 80% of all of the equipment used in Frontex operations. When it comes to bigger equipment such as vessels and aircrafts, countries provided 98% of the assets used by Frontex”.

In 2021 a majority in the Swiss parliament approved a boost in the annual funding for Frontex from CHF24 million to CHF61 million by 2027. However, 50,000 signatures which is the threshold to force a public referendum in Switzerland ensured a vote that will take place on 15 May. Politicians in favour of the increase in support to the border agency from the non-EU Schengen member state, have warned that a no vote would jeopardize Swiss participation in the Dublin and Schengen cooperation and opinion polls suggest that a majority of the public will support the increase. However, 80 groups including NGOs, left-wing parties, and churches reported they mobilised thousands of people in Geneva on 23 April to protest “wall-building” policies symbolised by Frontex and human rights violations at Europe’s external borders.

Frontex estimates that “illegal crossings” into the EU is at its highest since 2016. According to the agency more than 40,000 people (excluding arrivals from Ukraine) entered the EU through irregular routes between January and March 2022 marking a 57 per cent increase compared to the same period of 2021. The Western Balkans where reports of pushbacks and abuse continue to mount is currently the main route. Many are arriving from Syria and Afghanistan and would largely be granted protection in EU but lacks access to safe and legal alternatives to dangerous irregular routes.