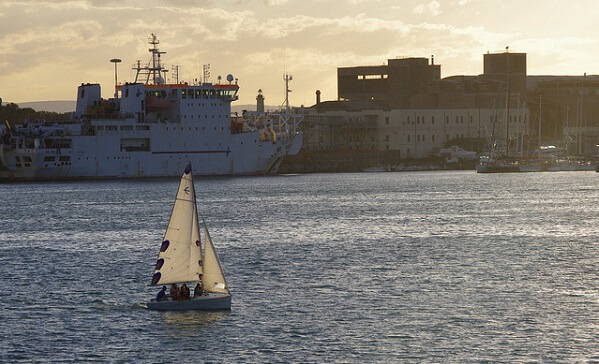 The Sea Watch 3 search and rescue vessel of German NGO Sea-Watch remains blocked in the port of Catania after the Italian Coast Guard reports to have found “technical irregularities”.

Consequently, there are currently no more civilian rescue vessels operating in the Mediterranean Sea. The Sea Watch 3 was the last ship to carry out search and rescue missions after all other vessels have either been detained or ceased their operations. The Spanish Proactiva Open Arms ship has been held in Barcelona since mid-January after Spanish authorities denied the vessel permission to conduct its mission, while the German NGO Mission Lifeline ship has been detained in Malta since June 2018 under administrative investigations. In December 2018, Médecins Sans Frontières announced the end of operations of the Aquarius due to the obstacles created by the EU states to disembarking persons to a place of safety.

The Sea Watch 3 docked in Catania on January 31 to disembark 47 people rescued at sea nearly two weeks earlier. The vessel was given permission to enter an Italian port only after six EU countries had come to an ad hoc agreement to share responsibility for relocation of the people aboard.

On Saturday, Catania prosecutor, Caramelo Zuccaro, who has previously taken legal actions against NGOs engaged in maritime search and rescue, stated that the joint police investigation has found that no criminal offences were committed by the Sea Watch 3 mission and its crew in rescuing and disembarking the 47 persons to Italy. This directly contradicts the statement of Interior Minister Matteo Salvini, who claimed to have poof of criminal conduct by the Sea Watch 3.