Rescue Meltdown on the Med 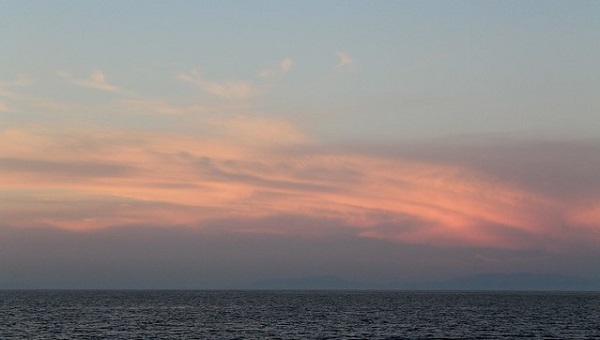 Rescue efforts cannot keep up with departures and loss of lives on the Mediterranean while crackdown on rescue ships and civil society organisations continues.

This week, seven people have drowned while trying to reach the Greek island of Lesvos from Turkey in a boat carrying more than 60 people. After being alerted the Greek coastguard arrived and rescued 57 of the passengers. On Wednesday, two boats carrying over 100 migrants were reported missing in the Alboran Sea. According to the Spanish NGO Caminando Fronteras, one boat has returned to Morocco while the other was accompanied by the Spanish maritime rescue service to Motril in Spain. A group of 97 migrants disembarked in Malta after being rescued by an Armed Forces (MAF) patrol boat on Monday. The MAF was alerted to the situation by the NGO Med Alarm Phone.

75 people rescued by an Egyptian Tugboat two weeks ago continue to be blocked from entering the Tunesian port of Zarzis. Regional authorities say, the migrant centers are too overcrowded to allow them to disembark. The passengers reportedly refuse food and medical aid and demand to go to Europe.

The civil rescue vessel Sea Watch 3, operated by the NGO Sea Watch, rescued 52 people from a rubber dinghy off the Libyan coast this week. The vessel was the only civil rescue ship on the Central Mediterranean. Italian Interior Minister Matteo Salvini said, the disembarkation should take place in the port of Tripoli.

On Tuesday, the Italian government passed new legal measures including fines of up to €50,000 for ships that “ignore bans and limitations” on accessing Italian waters and the seizure of ships that ignore orders more than once. The new decree also gives the interior ministry the power to deny or limit access to Italian territorial waters and disembarkation, including to “specific ships carrying out the activities indicated by the United Nations Convention on the Law of the Sea”.

UNHCR urges Italy to reconsider the proposed decree. It is concerned that it may result in captains being penalised for refusing to disembark rescued people in Libya. “In light of the extremely volatile security situation, widespread reports of human rights violations and routine use of detention for people rescued or intercepted at sea, no one should be returned to Libya”, UNHCR stresses.

According to aid groups, almost 700 people have left the coast of Libya in recent days, 5 per cent, 82 people, were intercepted by the Libyan coastguard and sent back to detention centres. 40 percent arrived in Malta and 11 per cent in Italy; it is not known what happened to the others.

According to Missing Migrants 555 people have lost their life or are presumed dead on the Mediterranean as of June 14.