Poland: Parliament Approves ‘Legalisation’ of Pushbacks, Council of Ministers Adopt Bill to Construct Border Wall, Another Life is Lost at Border with Belarus 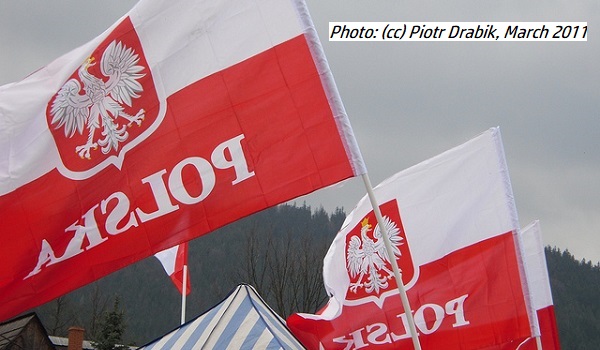 On 14 October the Polish parliament approved a bill that de facto ‘legalises’ pushbacks and the Council of Ministers adopted a bill for the construction of a border wall at the border with Belarus, where the stand-off between the countries have claimed its seventh life.

Amendments approved by Poland’s parliament on 14 October allow for the ordering of a person entering “illegally” to be ordered to leave Polish territory based on a decision by the local Border Guard chief. The legal changes are a response to the situation at the border with Belarus, where Poland has declared a state of emergency. While an appeal of such a decision can be launched to the commander of the Border Guard, potential appeals would not mean the suspension of the execution of the order to leave. The bill also provides the chief of the Office of Foreigners with authority to disregard an application for international protection by a foreigner caught immediately after “illegally” crossing the border. Pushbacks are prohibited under EU and international law.

The same day as the ‘legalisation’ of pushbacks was approved by Parliament, the Polish Council of Ministers gave the go-ahead for new border wall to prevent crossings along the border with Belarus. The wall is reportedly inspired by Greek fencing at the border with Turkey: according to vice-prime minister and security coordinator Jarosław Kaczyński: “the experience of Greece shows that it is the only effective method”. The border wall is estimated to cost 350 million euro. Poland was among 12 member states issuing a joint letter calling on the European Commission for the “adaptation of the EU legal framework to new realities” though revision of the Schengen Border Code (SBC), and EU funding of border walls and fences.

The body of a 24 year-old Syrian man was recovered on the Polish side of the border making him the seventh confirmed death victim at the Polish border with Belarus. So far five men, one woman and one child have lost their lives, often as a result of hypothermia or exhaustion. Following the recovery of the body by Polish police on 14 October, Poland’s Ministry of Foreign Affairs have summoned the Belarusian charge d’affaires for the second time in one week. The Belarusian representative was called the first time in response to Polish allegations of shots fired by Belarussian agents during the night of 9-10 October, Polish border police also continue to report high numbers of people attempting to cross the border. Border officials say more than 2,000 attempts at crossing were recorded between the 9-10 October, and said the next day that two groups tried to “force their way into EU territory”. The claims are however impossible to independently verify due to the state of emergency banning media and NGOs from the zone.