Editorial: Geopolitics and Death in a Field 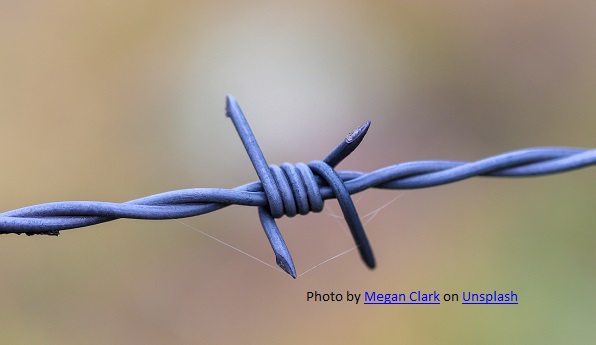 People continue to die at the border between Poland and Belarus and the silence from the EU is getting deafening. Commissioners Johansson and Schinas were pressed repeatedly on the topic but answer came there none.

Six people, including a child, are known to have died from exhaustion, hypothermia and other medical conditions. It was only a matter of time – serious harm had occurred from the start of the crisis, with violent prevention of access and poor treatment of people who have crossed the border.

The actions of Belarus

Those who have died are among the people described not just as a threat, but in a new twist in dehumanising, anti-asylum rhetoric, as a hybrid threat. The situation has clearly been caused by Belarus, which decided to use or to “weaponise” people in order to extract concessions on sanctions and as revenge for support to the Belarussian opposition. Hybrid warfare involves the use of non-conventional arms, and people are being used here to hurt the EU. That said, their obvious vulnerability gives lie to the suggestion that they are themselves a security threat. There are echoes of the use of people as hostages by terrorists albeit with one difference being that, due to the situation in their countries of origin or residence, many of the people caught up in this conflict may need international protection and thus want to seek it in the EU.

Belarus knows that asylum and migration is a weak spot for the EU: European panic and division in the face of displacement is exploited by dictators the world over. In this context, migration has become a geopolitical issue because manipulation of migration flows can be used to gain advantages and extract concessions from Europe, including security and geostrategic benefits, as well as political and financial benefits for a state, government or individual leader.

The manipulation of migration is not an abstract phenomenon though: it means the manipulation of people, whose rights and well-being have also to be considered in the response to those who use them as a weapon. This should be the case but often is not in responses to organised criminals who use people for financial gain. Just because they have been put in this situation by exploitative forces, the EU states are not absolved of their legal obligations and moral responsibilities to the people in question. The panicked response appears to play perfectly into the hands of the Lukashenko and his big brother in Russia.

The reactions on the EU side

Since July, with Belarus’ support, some thousands of people have crossed the borders into the EU, and thousands more were prevented from accessing the territory. The people were first directed into Lithuania and then to Poland and Latvia. As well as the violations taking place at the borders, legislative changes have been proposed or already adopted which put into statute laws which are incompatible with EU asylum law, and thus also require a strong response from the EU.

At the borders, there are multiple apparent breaches of EU and international law taking place: including summary removals, collective expulsions, violent pushbacks, and denial of access to asylum procedures, variously constituting violations under the European Convention on Human Rights, wider international human rights law, and under EU law. Lithuanian, Polish and Latvian NGOs, Amnesty International, and international organisations are documenting as best they can, given the limited access to the areas and people affected.

In one of the most visible and egregious situations, a group of 32 people is stuck between Poland and Belarus, with Poland claiming they are on Belarussian territory and Belarus denying all responsibility for them. Evidence has been presented that at least some of the people were in Poland and have since been removed; in any case, according to EU law as confirmed in CJEU jurisprudence, those at the border expressing the desire to claim asylum are under Poland’s jurisdiction. Following a Rule 39 procedure, interim measures were applied by the European Court of Human Rights (ECtHR) ordering that the group be provided with food, water, clothing, medical care, and where possible shelter. The measures were extended and additional measures applied on 27 September, including access to legal representation, but it appears that these instructions are not being respected. The ECtHR has also given notice to Poland of the case R.A. v Poland. Some of the people being pushed between Poland and Belarus have died of exhaustion and some of hypothermia, and others are at risk.

In terms of the legislative changes, according to the detailed analysis of the changes in Lithuania and Poland from ECRE and the Helsinki Foundation for Human Rights (HFHR) in Poland, respectively, many elements are incompatible with EU law. In Lithuania, the changes introduced restrict access to asylum by allowing refusal of asylum applications in certain circumstances and unduly restricting the locations where applications may be submitted, and by removing protections for vulnerable people in increasingly used accelerated procedures. The measures further allow for automatic detention; restrict access to an effective legal remedy; and restrict access to reception conditions. Many aspects raise concerns as to conformity with EU and international law, including EU asylum law, the Treaties and the Charter of Fundamental Rights. (Although it is interesting to note that they do rely on an expanded version of the fiction of non-entry which plays a key role in the Pact proposals).

In Poland, the draft legal amendments, include provisions that people may be removed from Poland even after they apply for international protection and without examination of whether the removal will lead to a violation of their human rights. In addition, there are provisions that allow the state to leave aside without examination applications for international protection made immediately after an unauthorised border crossing. These measures appear to be clear violations of EU asylum law, the Treaties and the Charter, as well as international law.

These proposals need to be abandoned – or where already adopted – to be struck off. ECRE urges the European Commission to take stronger action in public and behind the scenes. To justify the lack of action in the face of ongoing violations, the Commission often argues that it is hard to respond unless a Member State adopts statutory provisions incompatible with EU law – well, here we are and yet action is not forthcoming. If nothing else, one of the consequences seems to be that EASO is operating in sites which the Lithuanian government has attempted to extra-territorialise using the fiction of non-entry, i.e. in a space where EU law supposedly does not apply. This generates legal, political and operational challenges. In addition, while EU funding cannot support actions which are unlawful, as the refusal to provide funding for a border fence demonstrates, funding is going into contexts where widespread violations are not addressed, and which are or will be characterised by legal frameworks incompatible with EU (and international) law.

As if all of this wasn’t enough, there are also serious concerns about the treatment of people who have been able to apply for asylum, and about the very sinister crackdowns that are taking place against journalists trying to report on the situation and against NGOs, lawyers and politicians who are attempting to support the people involved or to otherwise ensure that legal obligations are respected. As well as the restrictions due to the states of emergency in place, obstruction and threats are being used.

It seems that the Commission’s standard response when violations are pointed out is to refer to the Pact. This is as irrelevant as it is infuriating. Potential future legislation, currently subject to considerable contestation, does not mean that the current legal framework is suspended. This would be like the police refusing to arrest someone for beating up a passerby because a proposal for reform of the law on assault has been tabled and may or may not at some indeterminate future point be accepted in an amended and thus also indeterminate form. There is a sign of hope though: in a meeting yesterday with Polish Interior Minister Mariusz Kamiński, Commissioner Johansson appeared to take a stronger line. Next week Commission officials need to continue this and they should also meet with NGOs, lawyers and opposition politicians.

ECRE has urged EU support to assist Member States to respond to the unprecedented event and not least because, while for Lithuania in particular the number of people arriving to seek asylum constitutes a large increase these are still very manageable numbers for an EU collective response – and the EU has the tools and the means available. The rapid deployment of EASO and the mobilisation of funding are welcome. But EU support has to be accompanied by an insistence on respect for the law.

As with the situation at the Hungarian border and in Greece, there are dilemmas – it is argued that the situation would be worse without EU presence and therefore the EU should not condition its presence. This argument contains an element of truth – Poland’s refusal of a Frontex operation indicates that EU involvement is a constraining factor, especially if fundamental rights monitors are present. But there needs to be a better balance: if the EU agencies are just witnesses to violations or – worse – if EU support contributes to consolidation of legal changes incompatible with EU law, it makes a mockery of the EU. To condition EU support on respect for EU law seems quite a basic condition.

There is also a risk of spill over into other areas of law, and Poland is of course locked in various battles with the EU on its lack of respect for rule of law and on the fundamental principle of supremacy of EU law. While generating a conflict on this issue may play to the Polish government’s advantage in the short term, the long-term impact of allowing such legislation may be greater. There will be little left of the Common European Asylum System if Member States’ non-compliant legislation is allowed to stand in combination with frequent violations of the law that has been transposed going unremarked.

No-one is condoning the actions of Lukashenko, which were clearly unethical and manipulative, and put people at immense risk; in some cases, Belarus may have acted in cahoots with their countries of origin or residence, and was no doubt aided and abetted by Russia for its own political gain. Nonetheless, the responses of the EU Member States appear to violate EU and international law, and basic morality in some cases. They need to be met with an adequate response, not a continued repetition of the condemnation of Belarus – that goes without saying. Regardless of the background, international and EU law applies, including the right to claim asylum. Rather than a calm condemnation of Belarus combined with collective management of the situation, there was a panic and dramatic over-reaction which plays into the hands of those on the other side of this conflict, other countries learn how to hit the EU where it hurts. The people caught in the middle are exactly that: people. Not arms or weapons or hybrid threats or whatever other terms may be used to divest them of their humanity and rights arising.

Photo by Megan Clark on Unsplash