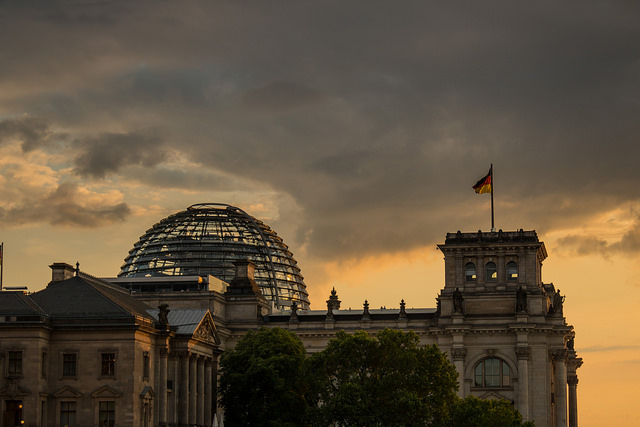 Differences on approaches to migration policy between two of the German government’s coalition parties, the CSU and the CDU, remain at a stalemate, with another meeting on Wednesday ending without agreement. Meanwhile Austria conducted a border patrol training exercise on Tuesday, which Vice-Chancellor Heinz-Christian Strache declared a response to the current state of German affairs.

The political differences in Germany arose last week, after interior minister Horst Seehofer (CSU) delayed plans to announce his migration “masterplan” as aspects were unfavourable to Chancellor Angela Merkel (CDU). The primary point of contention was Minister Seehofer’s proposal to impose border checks and turn back asylum seekers registered in other member states without entering the formal Dublin Process. Chancellor Merkel instead has advocated a cooperative approach at the EU level, which Minister Seehofer has given her until the 1st of July to secure.

The recent European Council meeting has been a key place to find such a solution.  The European Council released its conclusions this morning, which Günther Oettinger, the European commissioner for budget and human resources and CDU politician, hailed as a “genuine breakthrough” which the CDU will recognise “as a big step in the right direction”. On leaving the summit, Chancellor Merkel agreed that the EU agreeing on a common text was a “good signal” but acknowledged that “we still have a lot of work to do to bridge the different views”.

In light of the internal German debates, Austria undertook a larger scale border patrol training exercise, additionally it was the inaugural outing of a new border police unit ‘Puma’. Vice-Chancellor Heinz-Christian Strache of the FPÖ party said the exercises were, “to prepare ourselves for all developments and send a clear signal that there will no longer be a loss of control and free passage like in 2015.” He added, “The reasons for this are the debate about intra-European border closures, triggered by Germany, as well as current developments on the refugee routes in the Balkans.”

Chancellor Sebastian Kurz of the ÖVP party said of the apparent moves for harder borders, “I want to cooperate so that it will not come to that. We must ensure that illegal migrants no longer make it to the European Union in the first place, because then we would not need intra-European border controls.”