Op-ed: Parliament Approves its Position on ESF+ and Calls for Enhancing Social Inclusion 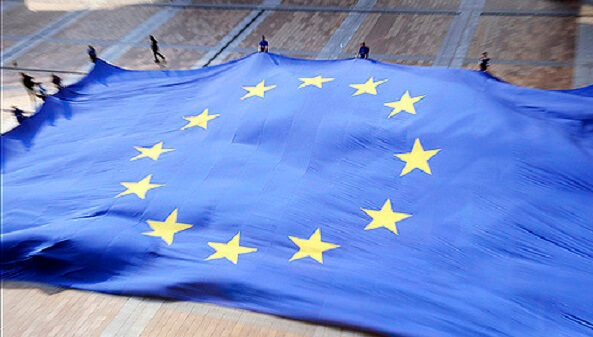 On January 16, the European Parliament adopted its report on the European Social Fund Plus (ESF+) with a large consensus, giving to its EMPL committee the mandate to begin inter-institutional negotiations. The ESF+ will represent one of the major funding instruments within the next Multiannual financial framework (MFF), the long-term budget of the EU that will regulate EU funding from 2021 to 2027. The proposed fund will become the main instrument of the EU for financing actions aiming at social inclusion and integration within the labour market of people living in Europe.

During the last months, ECRE and PICUM have provided comments to the different political groups, with the aims of improving the aspects of the fund that focus on inclusiveness, with regards to its beneficiaries, and to the accessibility of funding for NGOs. The Parliament’s report includes in many ways a net improvement from the initial proposal issued by the European Commission on the ESF+, but could risk to encounter resistances from some member states.

An encouraging position from the European parliament

A focus on third country nationals. The ESF+ proposal, which will replace the current European Social Fund, includes for the first time a specific objective on promoting socio-economic integration of third country nationals, including migrants, within a mainstream programme aiming at investing in people’s potential. The parliament has enhanced this proposal with improvements towards a more inclusive language, and added a few substantial elements:

Tackling inequalities among children
The European Parliament has boosted this proposal by setting ambitious objectives in its investments, increasing the proposed amount of money for the fund from approximately 101.2 to 106.8 billion euros. This increase makes room for additional resources to fund measures falling under the “European Child Guarantee”, a proposed envelope aiming at financing programmes fighting child poverty and enhance equality of opportunities among children in healthcare, education, free childcare, decent housing and adequate nutrition, conditions that often see children of third country nationals strongly disadvantaged compared to their peers.

A more ambitious investment in social inclusion
In addition, the European Parliament has increased the earmarking foreseen for Social Inclusion measures from 25% to 27% of the overall fund. Although dedicated to a wide amount of objectives, this includes the integration of third country nationals as migrants, asylum seekers and refugees within the labour market, vocational education and the recognition of their competences, and their accession to social services. The European Parliament has increased the minimum allocation of funding for the objective of addressing material deprivation, which is to rise from 2% proposed by the European Commission to 3% of the overall fund.

Strengthening partnership with the third sector.
Finally, a significant amount of money (2%) is dedicated to capacity building of civil society organisations and social partners, in the form of training and networking measures for the participation in the actions financed through the fund. This measure, aimed at strengthening the “partnership principle”, should facilitate the increase of civil society organisations’ accession to funds, but also their overall participation in the preparation, implementation, monitoring and evaluation of the effectiveness of actions carried out with this funding instrument.

A long way to go: upcoming risks and time frame

After this approval, the European Parliament needs to negotiate its position with the European Council, which is only now starting to analyse the proposal. The ambitious targets set for this regulation by the Parliament are at risk of being undermined by the position of member states, who may not appreciate the relatively high amount of “earmarking” for different objectives in the Parliament’s report. While securing room for specific actions within the programmes, designing specific percentages of funds to be allocated to different objectives reduces member states’ flexibility in the use of these resources, a flexibility strongly claimed and reflecting – to some extent – the diverse nature of social issues that member states face in Europe.

Another potential threat regards the tight timing of negotiations. Despite the willingness of the Romanian government – currently holding the EU presidency – to speed up this process,  it is very likely that the trilogue negotiations will only start at the beginning of the new legislature since the Council of the European Union has not adopted its general approach yet. Delays in negotiations may mean the text is approved too late, reducing the time at disposal of member states for preparing their own operative programmes. Delays in the approval of member states programmes after the start of the new MFF, in January 2021, risks jeopardising the continuity of the provision of social services in many EU member states, especially in those which rely consistently on ESF funding for financing their employment services.

The time frame will be also crucial to ensure that member states set up mechanisms of fair coordination between the different funds delivering on complementary objectives, like the Asylum and Migration Fund (AMF). In order to deliver services with good complementarity and to avoid the exclusion of certain target groups, it is essential to set up joint monitoring committees ensuring cooperation between the two funds’ responsibilities.