A Comprehensive Study on the new Proposals for EU funds on Asylum, Migration and Integration 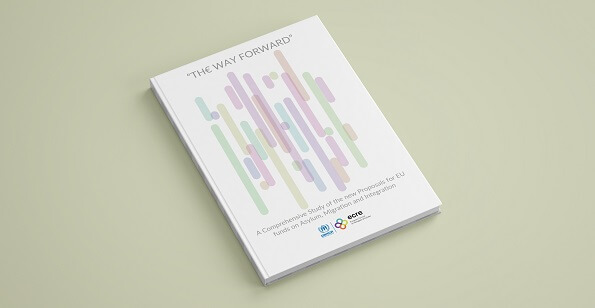 ECRE and UNHCR published the report ‘Joint Way Forward – A Comprehensive Study of the new Proposals for EU
funds on Asylum, Migration and Integration’ that analyses selected new legislative and budgetary proposals published by the European Commission within the framework of the proposed Multiannual Financial Framework for 2021-27.

The report focuses on those proposals which are: relevant to beneficiaries of the current Asylum, Migration & Integration Fund (AMIF) 2014-20 and proposed to be delivered by Member States via ‘shared management’ arrangements. It covers the proposals for the Asylum and Migration Fund, the European Regional Development Fund, the European Social Fund+ and the Common Provision Regulation.

The report summarises the background and context of the new proposals, outlines provisions of the proposed new instruments and maps significant changes from the current Asylum, Migration & Integration Fund (AMIF).

The report builds on the findings of ‘Follow the Money: report on the use of AMIF funding at the national level’, published by UNHCR and ECRE in early 2018, which critically examined the programming of AMIF funding at the national level during the 2014-17 period. It follows up on the study’s third specific objective of providing input in order to assist the European Commission (EC), Member States (MS) and partners in the development of European asylum, migration and integration funding instruments post-2020.