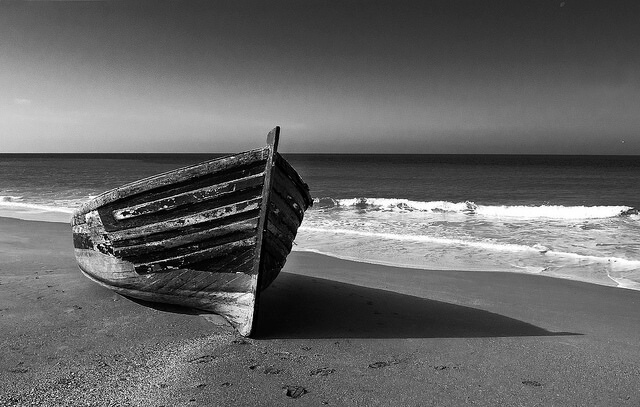 According to investigations by Platforme National de Protection Migrants (PNPM), the vast majority of people who die in Moroccan waters when trying to reach Europe, are never identified. The report raises concerns over obligations under international law to respect the dead.

A report by the Platforme National de Protection Migrants finds that a majority of the dead found along the Moroccan coastline after trying to cross the Mediterranean have never been identified. In morgues of the cities investigated, numbers of official identification range between 2% in Tangier and 18% in Nador. Responsible authorities lack resources and motivation and the methods used decrease the chances of identification, the report finds.

The report represents a first attempt to understand how people who died at the Moroccan maritime border are identified and concerns people that have been found inanimate in the sea after a boat embarked towards Europe went shipwrecked. It is based on qualitative data obtained in interviews with state and non-state actors in four cities at the border: Larache, Tangier, Tetouan, Nador.

PNPM makes a set of recommendation to improve the process of identification. As most survivors are considered “irregular migrants”, they are swiftly separated from the dead and often detained, forcibly displaced or expulsed, the report notes. PNMP recommends to include survivors of a shipwreck in the process of identifying the dead, as people often start the journey to Europe in groups and know each other. To facilitate the identification of the dead bodies via DNA analysis, PNPM also recommends, local authorities should refrain from arresting relatives, who come to the morgue to provide DNA samples, and often are themselves undocumented. PNMP further advises, morgues should take into account digital data, e.g. by UNHCR, and increase cooperation with consulates of countries of origin.

International law obliges states to respects the dead and the identification of the deceased is the first step to fulfil this obligation, the report stresses. PNPM is concerned that as their families do not receive the news of the passing of their family member they face emotional and practical challenges – regarding emotional closure as well as questions of inheritance, insurance, parental entitlement.

The report was compiled in light of the rising level of attention given to ‘irregular’ migration in Europe over last thirty years. This came with the efforts of European governments to “fight against it” by stepping up border protection measures and increase cooperation with North African states. There is no official data on the number of people deceased at the Moroccan maritime border and how they are treated, PNMP notes.