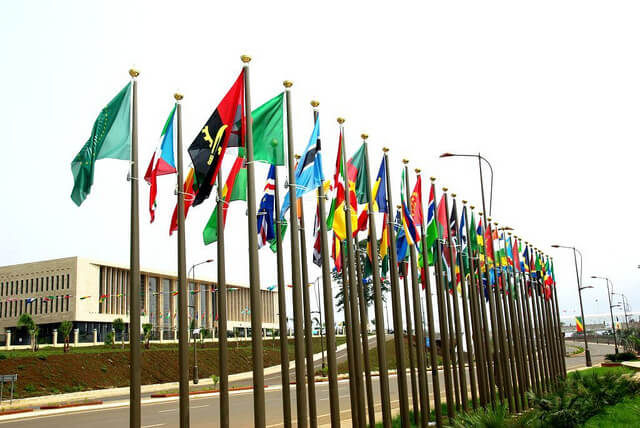 In a leaked African Union (AU) position paper, African States reinforce their unwillingness to host regional disembarkation platforms. The paper that was leaked during the European Union (EU) – Arab League of States (ALS) gathering in Egypt, where many of its co-signers were present, represents a set-back for EU’s migration control agenda. According to the position paper the EU’s plans do not comply with international law.

Last summer the EU announced plans to install “regional disembarkation platforms“, “in cooperation with third countries” that should allow for “distinguishing individual situations”. The EU has not provided further details on the content or legal framework of the concept.  The “common African position paper” by the body of 55 African states holds that the regional disembarkation platforms would “breach international law” by establishing “de facto detention centres” on African soil. “African capitals worry that this plan will see the establishment of something like modern-day slave markets, with the ‘best’ Africans being allowed into Europe and the rest tossed back – and it is not far from the truth”, says the paper cited in the Guardian.

The AU fears that the summit with the ALS is “about the EU trying to work on some countries to cooperate”. It advises its coastal states against cooperation, but is concerned that some members could be persuaded to commit to bilateral agreements in exchange for development funds.

Similar arrangements with Libya where detention in degrading conditions and severe human rights violations have drawn criticism from human rights organisations as well as the UN. On the bilateral level, Spain and France have bulked up cooperation with Moroccan and Libyan coastguards last week despite concerns that these agreements could lead to a rising death toll on the Mediterranean and the return to abuse of those rescued.

ECRE’s Secretary General Catherine Woollard commented on the AU’s position in an interview with the BBC: “First of all, they [African countries] see it as Europe’s responsibility to host more refugees, to allow migration and to accept these particular people who are trying to cross the Mediterranean. I think a number of these countries don’t understand the panic about migration that is taking place in Europe because they see migration as something generally positive and they also do not want to cooperate with extremist forces that are driving the debate in Europe. I think thirdly, more specifically they don’t want to host these centres. They are concerned that these centres may become a magnet for traffickers smugglers, for problematic activity and that people can get stuck in those centre, detained for many years”.

On Europe’s agenda on migration, Woollard said: “In recent years, Europe’s strategy has been about preventing migration to Europe and that is something we are highly concerned about because many of these trying to reach Europe are refugees. They are people entitled to protection and Europe can and should be doing more to host refugees. There are ten times as many displaced persons hosted by African countries than by Europe.”

Migration was one of the key topics on the agenda during the EU-ALS summit in Sharm El-Sheik. In the final declaration, participating states and EU representatives confirmed their commitment to “effective multilateralism through increased cooperation between the LAS, EU, the United Nations (UN) and the African Union”, the 2015 Valletta principles, and “the protection of and support to refugees” in accordance with international law. They also committed to joint efforts to “fight against irregular migration”, “migrants smuggling and trafficking in human beings”. Opposition from Hungary on the section on migration had delayed the drafting of the joint declaration.