Mediterranean: New Deadly Tragedies as NGO SAR Operators Fight to Save Lives in the Face of Crackdown by Italy, Malta Reiterates Debunked Pull Factor Myth and Floats Ideas of Increased Cooperation with Libya 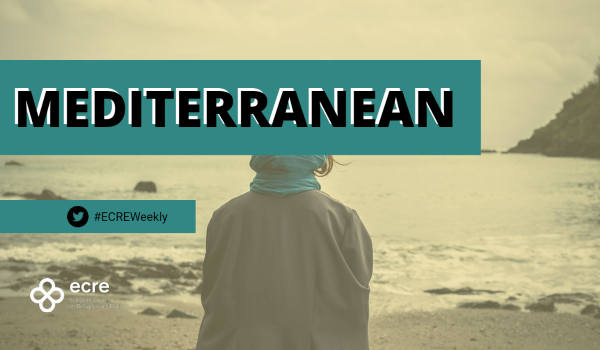 Two separate deadly tragedies have claimed at least eight lives on the Mediterranean as NGO rescue ships fight to save lives amid new attempts by the Italian government to limit and criminalize their operations. Maltese Minister recycles debunked myth of NGO SAR operators constituting a pull factor and float ideas for increased cooperation between Med5 and Libya.

At least eight lives were lost in two separate tragedies off the Tunisian coast and the coast of Lampedusa in Italy. On 6 January, three people including a just 14-month-old baby girl died when a boat carrying 36 people capsized off the Italian island of Lampedusa after departing Tunisia. Six people including the three deceased were transferred to Lampedusa by the Italian coastguard with the remaining 30 following hours later. According to Tunisian authorities, five people have been confirmed dead and another ten remain missing after an overcrowded boat carrying people attempting to reach Italy sank off Louata, in the Sfax region on 7 January. Reportedly, another 20 people were rescued by the Tunisian coastguard. On the same day, at least three people. Media further reported on 9 January of the rescue of 89 people including seven unaccompanied children departing from Türkiye by a cargo vessel later disembarking in Augusta, Sicily.

Meanwhile, civilian rescue operators continue efforts to save lives on the Mediterranean. MSF Sea reported on 2 January: “Following last night’s rescue in which 41 people were recovered from the water, our team undertook a transshipment of another 44 people from a merchant vessel, as requested by the Italian Maritime Rescue Coordination Centre”. On 4 January, the organisation confirmed the disembarkation of the 85 survivors in Taranto, Italy. Already on 7 January, MSF Sea rescuers were back in action on the “most dangerous sea migration route in the world”, reporting the rescue of 73 people including 16 unaccompanied children in international waters off Libya. Italian authorities assigned Ancona, located at a distance of four and half days as a port of disembarkation and requests for a closer port were rejected “against international maritime law” as were requests for transshipment of survivors on board both Geo Barents and the Ocean Viking operated by SOS Mediterranee. According to MSF Sea “Sending two search and rescue vessels simultaneously towards a distant port shows the authorities’ intentions to reduce the time we spent in the rescue zone, ready to respond to further distress calls”. The organisation could finally confirm disembarkation in the afternoon of 12 January. On 7 January, SOS Mediterranee reported the rescue of 37 people from an overcrowded rubber boat in international waters off Libya. According to the organization, survivors were “suffering from fuel intoxication and fuel burns”. Nonetheless, SOS Mediterranee’s vessel, Ocean Viking was like Geo Barents assigned port in Ancona. The organisation stated: “The port is 1,575 km away from the area of operation – 4 days of navigation. Weather forecast is worsening from Sunday night onwards, exposing the survivors to strong winds & rough seas”. When disembarkation was finally confirmed on 11 January, the organisation further pointed out: “After going through extreme weather conditions, we are relieved that they are safe. Such unlawful situation could have been avoided with the designation of a closer port in Italy”.

The prolonged disembarkation processes occur as civilian rescuers are “coming to grips” with a new controversial law decree introduced by the far-right government and signed by the Italian President on 2 January. The new law limits the number of rescues private vessels can perform in a single deployment at sea forcing them, at the risk of fines of up to 50,000 Euro and seizure of their vessels, to proceed immediately to a port of safety assigned by the Italian authorities once a rescue operation has been conducted even if other boats are in distress at sea. Further, it includes the obligation to collect and share with authorities, data from survivors on their intent to apply for international protection – a task which is the duty of states rather than private vessels. In a joint statement released on 5 January, civilian rescue operators express their “gravest concerns regarding the latest attempt by a European government to obstruct assistance to people in distress at sea”. According to the civilian SAR organisations: “EU Member States – most prominently Italy – have for years attempted to obstruct civilian SAR activities through defamation, administrative harassment and criminalising NGOs and activists”. The statement points out that the recent policy of appointing distant ports of disembarkation and the obligations presented in the new law decree: “are designed to keep SAR vessels out of the rescue area for prolonged periods and reduce their ability to assist people in distress. NGOs are already overstretched due to the absence of a state-run SAR operation, and the decreased presence of rescue ships will inevitably result in more people tragically drowning at sea”. The statement further notes: “the Italian law decree contradicts international maritime, human rights and European law, and should therefore trigger a strong reaction by the European Commission, the European Parliament and European Member States and institutions”. Spokesperson for the Third Sector Forum, the organization of reference for non-profit Italian organizations, Vanessa Pallucchi commented the law decree stating the new rules will not “stop arrivals in Italy, but rather long- ranging and structured policies that can intervene on the causes of the migrations and remove the need that pushes people to abandon their countries of origin”. Not only NGOs but also survivors are criminalized by Italian authorities. The ‘From Sea to Prison’ project published a report on 10 January on the criminalization of migrant boat drivers in Italy in 2022, revealing: “the arrests of 264 people following migrant landings”. According to the report: “The arrests, trials and sentencing of boat drivers are a part of this European fortress: an enclosure that draws on criminal law as a method of exclusion and bloody oppression”.

Maltese Home Affairs Minister, Byron Camilleri, claimed in support of Italy, without specifying his sources, that: “many say that NGOs are a pull factor. What Italy is doing is aimed at preventing NGOs from being a pull factor”. As pointed out by ECRE member, Aditus Foundation “Ample research has for years dismissed this claim” and the minister has been denounced for “spreading myths” by SAR NGOs. While a thorough fact-check published by the Times of Malta as part of the Mediterranean Digital Media Observatory (MedDMO) and the European Digital Media Observatory (EDMO) cannot dismiss “outright” such claims, it concludes: “The overwhelming body of research into the topic, however, suggests that this is not the case and that the presence of NGO ships has little to no effect on the rate of migrant crossings. Furthermore, the research debunking this claim is based on a longer time series of data and more complex datasets, incorporating different periods of SAR operations and accounting for several other variables that may also be affecting the rate of migrant crossings”. Meanwhile, Malta continues non-response tactics in relation to distress alerts in its SAR zone, Alarm Phone reported several incidents on 4 January involving 75 people and 80 people respectively and an incident on 8 January involving 56 people. The Maltese government’s position on preventing arrivals was explicitly announced in a recent op-ed by Camilleri, under the headline “Defending our realm”. The minister stated: “A prevention policy is crucial to curtailing the arrival of irregular immigrants. Therefore, it is essential to continue cooperating with North African countries, Libya in particular, so these will augment their resources in the fight against immigration, frontier management and loss of lives at sea. The 2020 agreement with Libya proved to be crucial in the drop in arrivals both in 2021 and last year. Undoubtedly, all this will be topping the agenda of my talks in Malta in March with other interior ministers from Italy, Spain, Greece and Cyprus during the MED5 meeting”.

The civilian SAR operator M.V. Louise Michel recently reiterated critique of EU cooperation with Libya where extreme abuse is well documented, stating: “The so-called Libyan Coast Guard continues to force people back to Libya, to inhumane and violent detention camps. With European authorities actively supporting these interceptions, this makes Europe complicit in gross human rights violations”. According to the International Organization for Migration (IOM), 24,684 people were intercepted and returned by Libyan authorities in 2022. More than 1000 people had been intercepted and returned in 2023 by 7 January and on 8 January, Alarm Phone reported of 45 people in distress off the Libyan coast and allegedly intercepted and returned by the so-called Libyan Coast Guard.