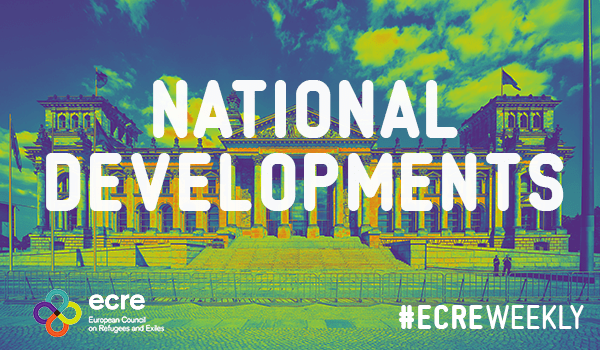 Italy is considering patrols off Tunisian territorial waters to reduce sea arrivals. Human rights advocates, including Council of Europe Commissioner for Human Rights Dunja Mijatović, condemn the use of quarantine ships as the approach would raise human rights concerns.

Italy is considering to deploy ships and planes off Tunisian territorial waters to monitor migratory movements, said Italian Interior Minister Luciana Lamorgese during a press conference with her French counterpart Gerald Darmanin. The plan aims at strengthening information channels between Italy and Tunisia for the sake of reducing migratory movement across the Mediterranean Sea. “We would give an alert to Tunisian authorities to make it easier to track down the boats that leave from those territories to come to Italian shores,” she said. More than 11,000 Tunisian nationals have reached Italy by sea in 2020, but most receive removal decisions. Based on an agreement between the two countries, up to eighty people are deported to Tunisia on a weekly basis. The new plan on increasing surveillance capacity in the Mediterranean Sea follows the non-disclosure of an agreement reached in August that, according to media reports, includes financial support of 11 million euro for the strengthening of border control systems and training of security forces aimed at both preventing the departure of migrants and intercepting vessels in Tunisian territorial waters.

High numbers in arrivals at Italian shores continued in November, with 2,430 people who disembarked in Lampedusa within six days. After health checks and identity screening, 650 people were transferred from the island’s overcrowded hotspot to the Rhapsody quarantine ship and more than 200 people boarded the Suprema quarantine ship. Outrage is growing among human rights advocates on the use of ships to quarantine new arrivals but also people staying in reception centres in the mainland, of whom some have been in Italy for years and hold residence permits. ECRE member organisation ASGI estimates that since the beginning of October about 100 asylum seekers were transferred from repletion centres in the mainland to quarantine ships after testing positive for COVID-19. An asylum seeker from Liberia who has been living and working in Italy for more than three years told The New Humanitarian: “Police took us by force during the night.” Reportedly, some asylum seekers have lost their spot at the reception centre they had previously stayed at by the time they were released from the quarantine ship. Others were issued removal orders despite still ongoing asylum procedures. “This is totally illegitimate,” said Salvatore Fachile, a lawyer representing one of the asylum seekers who was transferred. Dunja Mijatović, Council of Europe Commissioner for Human Rights, said “the use of quarantine ships for those migrants who arrived by sea raises a number of human rights concerns” adding that “vulnerable people, including children and those with underlying medical conditions, must be promptly identified and evacuated on land; everyone must have prompt access to adequate healthcare and to information on their rights and be able to apply for asylum.” Since the beginning of the procedure in April, about 10,000 people have quarantined aboard quarantine ships. Four ships chartered by the Italian government are currently in use.