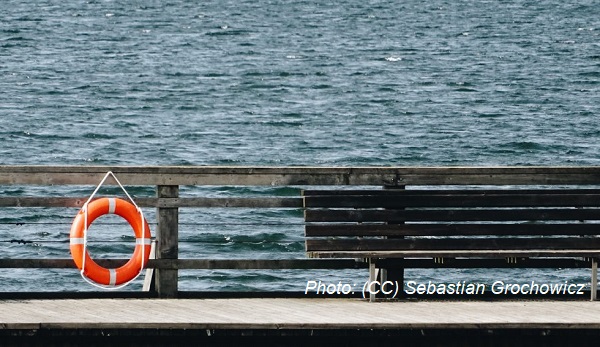 The use of quarantine ships in Italy is expanded to foreign nationals holding resident permits in Italy whilst conditions aboard are critical. Five people went missing off Lampedusa in times when sea and rescue activities in the Mediterranean Sea are low due to the blockade of rescue vessels and indifference of responsible authorities. Libyan authorities arrest commander of the so-called Libyan coastguard, who has participated in meetings with Italian ministries despite allegations on human trafficking. Freedom of Information requests submitted by NGOs to the Italian and Tunisian governments on bilateral agreement on migration prevention.

Foreigners who hold resident permit in Italy have been transferred to quarantine ships far from their homes after testing positive for COVID-19. Aboard, hygiene measures and access to medical support are reportedly inadequate. According to a news report, people on board a quarantine ship were no longer visited by doctors and were left with the same mask and sheets for days. ECRE member ASGI condemned the forced transfers as illegal and discriminatory acts and regards them as an infringement of Article 13 of the Constitution that guarantees personal freedom. Erasmo Palazzotto, member of the Italian parliament, has submitted a parliamentary inquiry on the procedure and calls to end it immediately. The concept of floating quarantine accommodation has been in place in Italy since April targeting people arriving via the Mediterranean Sea regardless of whether they test positive for COVID-19 or not and it has been subject to harsh criticism by civil society.

Outbreaks of COVID-19 have been recorded in several migrant reception facilities in the course of the past two weeks. In Calabria, migrants protested after two reception centres were placed under lockdown following COVID-19 infections among its residents.

Lack in capacity and governments’ – including Italy’s – reluctance to respond continues to complicate search and rescue operations in the Mediterranean Sea. This has seen deadly consequences in the past week. On October 22, five people, including two girls and a pregnant woman went missing in a shipwreck off Lampedusa. Fifteen people were rescued by fishermen, among the survivors a nine-year old boy who lost his mother and sister. On October 19, six survivors were finally rescued by Italian coastguard off Sardinia after ten days at sea and repeated alerts over four days by the NGO hotline Alarmphone. By then, five fellow travellers had already passed away. The boat had left Algeria together with two other boats that arrived in Sardinia days ago.

While more rescue capacities are urgently needed, Italian authorities have again blocked the civilian rescue vessel ‚Alan Kurdi‘ by the German organisation Sea-Eye on October 10. According to port authorities, technical deficiencies led to the blockade at Olbia port, Sardinia. On the contrary, Sea-Eye says the blockade is politically motivated and that it will file a complaint.

High numbers of arrivals in Italy continue both at sea and at land borders. Especially in Lampedusa the number in arrivals was high with more than 650 people disembarking during the weekend of October 10 and 11.  In Calabria 67 people disembarked on October 19. According to UNHCR, sea arrivals to Italy in 2020 amounted to 26,004 individuals as of October 18. In Trieste, 126 people who had travelled through the Western Balkans arrived on October 19.

Meanwhile, many who set sail to Italy never arrive. A lethal shipwreck took place on October 20 off the Libyan coast where fifteen people went missing and five survivors were rescued by local fishermen. More people were intercepted and returned by the so-called Libyan coastguard. The Guardian reports that Abd al-Rahman Milad, known as Bija and commander of the so-called Libyan coastguard was arrested on alleged human trafficking. It is the first time that a senior figure of the Libyan coastguard has been arrested on these grounds. Already in 2017, a UN security report described Bija as a facilitator of human trafficking and part of a criminal network operating in Zawiyah, in north-west Libya. Despite the allegations, Bija has reportedly participated in meetings with the Italian Ministries of Interior and Justice.

ECRE member ASGI has together with FTDES and ASF submitted Freedom of Information requests to the Italian and Tunisian governments following the non-disclosure of an agreement reached in August between the two governments. Media reported that the agreement includes financial support of 11 million euros for the strengthening of border control systems and training of security forces aimed at both preventing the departure of migrants and intercepting vessels in Tunisian territorial waters. A big share of people arriving at Italian shores in the past years have been Tunisian nationals.