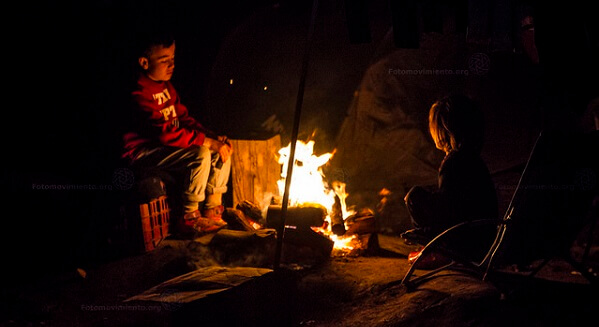 A legal challenge to the violations of migrant children’s social rights on mainland Greece and its North Eastern Aegean islands has been lodged before a European body specialised in the protection of social rights at the European level. The legal action, taken in the form of a collective complaint to the European Committee on Social Rights by the European Council on Refugees and Exiles (ECRE) and the International Commission of Jurists (ICJ), catalogues the numerous instances of Greece failing its child care and protection obligations towards migrant children by leaving them in conditions of squalor, insecurity and violence.

The complaint to the Committee, an impartial body which oversees the protection of certain economic and social rights by assessing the conformity of domestic law and practice with the European Social Charter, has been supported by the Greek Council for Refugees  and includes reports from Médecins Sans Frontières on health and living conditions of migrant children in Lesvos.

Amongst the most blatant infringements of migrant children’s rights described in the complaint has been the systematic and ongoing absence of sufficient accommodation facilities and the lack of an effective guardianship system for unaccompanied children in Greece, exposing them to significant protection risks, including homelessness and placement in detention. Such severe deficiencies in basic care facilities has led to dire living conditions which deprive children of their most fundamental rights. Overcrowded, insalubrious and dangerous conditions prevail most obviously on the North Eastern Aegean islands where the standards of human dignity and special protection accorded to children by virtue of their particular status under international human rights law are repeatedly violated.

The complaint notes that the dearth in basic care facilities for migrants in Greece extends to medical services, particularly on the islands, which has a serious knock-on effect on hygiene, sanitation and substantive physical and mental health care and treatment for children. In addition, mixed living arrangements, limited, if not non-existent security patrols and deficient guardianship systems have led to numerous reports of sexual abuse, violent assaults, harassment and humiliation of migrant children in camps on the Greek islands. The consequences of the conditions listed in the complaint have been, in certain locations, children self-harming and even attempting suicide.

“Greece’s deference to the violations being committed against migrant children on its territory has gone on for far too long without any foreseeable improvement on the horizon. Transfers of migrant children and vulnerable persons from the islands to the mainland are paralysed by a shortage of places on the mainland and administrative encumbrances. All the while, children are left to languish in a forgotten environment of impoverishment and destitution. This legal challenge to Greece’s indifference will hopefully pave the way for institutional condemnation and for substantive change in the protection of society’s most vulnerable” says Amanda Taylor, Senior EDAL Coordinator at the European Council on Refugees and Exiles.

“As signatory of the European Social Charter, Greece is under an international obligation to ensure that migrant children in its jurisdiction have access to basic economic and social rights. Particularly in the case of migrant children, who find themselves in a vulnerable situation, remaining even for a short period of time in such terrible conditions as currently exist in Greece, is likely to result in irreparable harm and injury and have a detrimental and non-reversible impact on their development,” says Karolína Babická, legal adviser for Europe and Central Asia from the ICJ.

“This complaint refers to two of the most pressing protection issues in Greece; the protection of unaccompanied minors and the conditions prevailing on the Greek islands after the launch of the EU-Turkey Statement, where migrant children are stranded. In December 2018, almost two out of three unaccompanied children in Greece were deprived of a place in long-term accommodation facility for minors. At the same time, 30% of the 14,600 persons remaining on the Greek islands were children. Thus, the procedure initiated before the European Committee of Social Rights can significantly contribute to guaranteeing the respect of migrant children’s rights in Greece”, says Alexandros Konstantinou, member of the Legal Unit of the Greek Council for Refugees.

The complaint awaits examination and determination by the European Committee on Social Rights. As part of the complaint and in order to immediately alleviate the situation which migrant children face in Greece, ECRE and ICJ have urgently requested Greece to remove migrant children from unsuitable and overcrowded camps on the islands; to provide them with adequate and age-appropriate facilities, sufficient food, water and medical care, and with effective and competent guardians; and to remove unaccompanied migrant children from detention and place them in tailored accommodation suitable for their age.