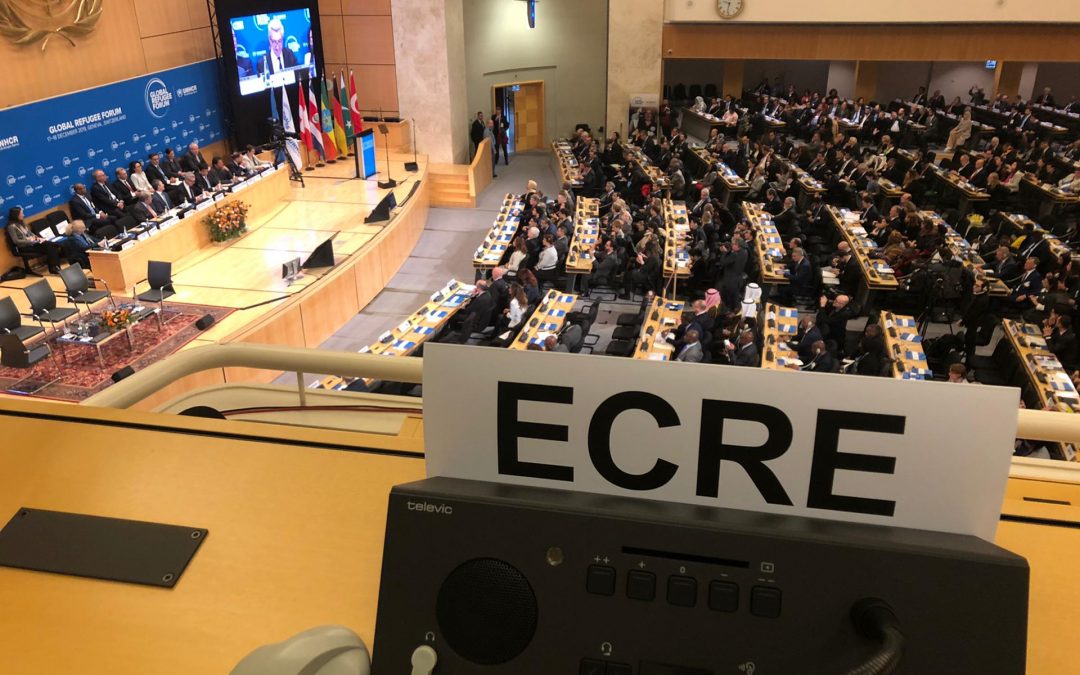 During the Global Refugee Forum taking place in Geneva, December 16-18, EU member states have pledged a total of 30,000 resettlement places for 2020, backed with financial support from the European Commission. A delegation of MEPs called for more ambitious resettlement efforts.

The pledges from member states made in the context of the Global Refugee Forum in Geneva makes EU the largest contributor to global resettlement efforts. A total of 50,000 resettlement places were pledged by states globally. Commissioner for Home Affairs Ylva Johansson stated: “Resettlement is a key tool in ensuring that people in need of protection do not put their lives at risk and reach the EU via safe and legal pathways.” According to the European Commission the EU resettlement programme will focus on resettlement from “Turkey, Lebanon, Jordan and countries along the Central Mediterranean route. Resettlements from the Emergency Transit Mechanisms in Niger and Rwanda will also remain a high priority.”

The UN Refugee Agency (UNHCR) hosting the event estimates the global resettlement needs at 1.44 million. A delegation of MEPs headed by Swedish MEP Malin Björk (GUE/NGL) regretted that: “no substantial new pledges were made from the EU” and urged the EU to: “support and encourage Member States to commit to more ambitious resettlement pledges for the most vulnerable refugees, coordinated by UNHCR, as well as humanitarian admission.”

The expansion of resettlement and complementary pathways to Europe was among the recommendations for EU institutions and member states in the recent ECRE policy note Time to Commit: Using the Global Refugee Forum.

More than 770 pledges by states, local authorities, institutions and agencies, civil society, refugee communities were made during the forum. The private sector pledged 250 million USD, more than 15,000 jobs and 125,000 annual hours of pro bone legal counselling for refugees.