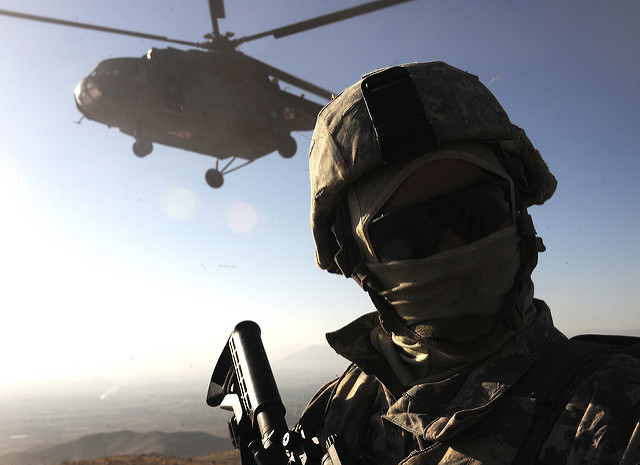 On Monday, the long awaited security update on Afghanistan was leaked to German news channel ARD. It sets out the deteriorating situation since the withdrawal of NATO forces in 2014. The report highlights refugees and deportation as key issues.

Deutsche Welle notes until 2014, the German governments reports on Afghanistan were called “Progress Reports”, now the word ‘progress’ is omitted.  According to the report, the situation is characterized by “insufficient effectiveness of state administration and security forces, increased attacks by the Taliban and IS groups, corruption, poverty and unemployment, flight and migration.” It has become impossible to effectively provide civilian assistance. Germany is only providing such assistance in “safe and accessible regions” – however it is not specified which regions these are. Last year the German Embassy in Kabul was destroyed by a truck bomb attack and the Consulate-General in Mazar-i-Sharif was heavily damaged by a Taliban bomb attack in 2016.

The security risks have prevented the German army from conducting as much as half of its proposed military training for the Afghan army. German Foreign Minister, Sigmar Gabriel, states “we will need more soldiers to ensure the protection of our own soldiers.”  On Wednesday, the German Cabinet approved plans to increase numbers of soldiers deployed in Afghanistan, from 980 to 1,300. This is pending agreement from the Bundestag.

The report highlights that Afghanistan is one of the main sources of refugees in the world while at the same time mentioning corruption, economy and population growth as well as security as push factors. 121 people were deported to Afghanistan from Germany in 2017. According to the Federal Government deportations- given the security situation- are limited to criminal offenders, those assessed as a threat and people who fail to provide proper identification. The Federal Government is planning to increase incentives for voluntary returns.