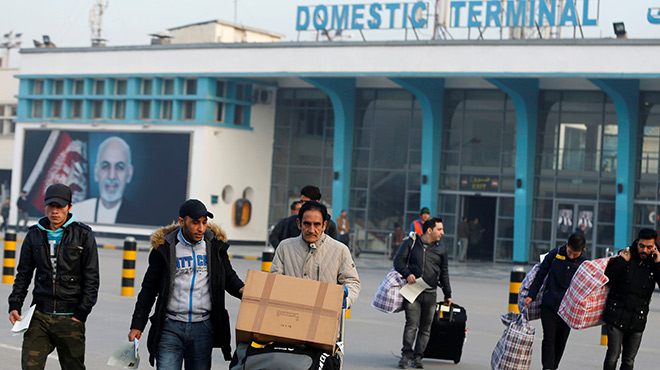 Migration has recently taken centre stage in the landscape of EU-Afghan relations.

The European Union has had a long-term commitment to Afghanistan for many years, in a wide range of areas including governance, development, human rights, trade, health and education. Since 2002 the EU has provided €3.66 billion in development and humanitarian assistance, making it the fourth largest donor to Afghanistan, with a recent focus on agriculture and rural development, health and nutrition, security reform and rule of law and democratisation and accountability. Results-oriented dialogues, such as the one human rights, have supported these priorities.

Migration has been addressed before through funding for projects for the reintegration of returnees, refugees and IDPs in Afghanistan and neighbouring host countries. At the policy level, strengthening international cooperation on migration was included in the 2014 Foreign Affairs Council Strategy for Afghanistan, although as an issue more affecting the Afghan neighbourhood. Additional detail was added in the Cooperation Agreement on Partnership and Development from 2015, with Parties agreeing to engage in a comprehensive dialogue and cooperation on migration-related issues.

The dynamic of EU-Afghan relations began to change rapidly, however, in 2016 with large numbers of new arrivals to the EU, including continuing arrivals from Afghanistan. This has led to an increased focus on migration by the EU and more specifically the idea of using increased return as a tool for migration control. As the EU and EU MS began to look at which migratory flows they could control, and which they could not, Afghanistan must have seemed like one option, along with sub-Saharan Africa, for an attempt to push this policy forward. From then on, from the Brussels Conference on Afghanistan, the Joint Way Forward and measures by individual MS, migration and specifically return were to be a central issue in EU-Afghan affairs.

This round table will discuss the impact that this is having on EU-Afghan relations in general, on returns from the EU, on MS policy, Afghan asylum seekers and refugees, returnees and on the situation in-country in Afghanistan.

We have limited capacity at our venue so please let us know as soon as possible if you are interested in participating.