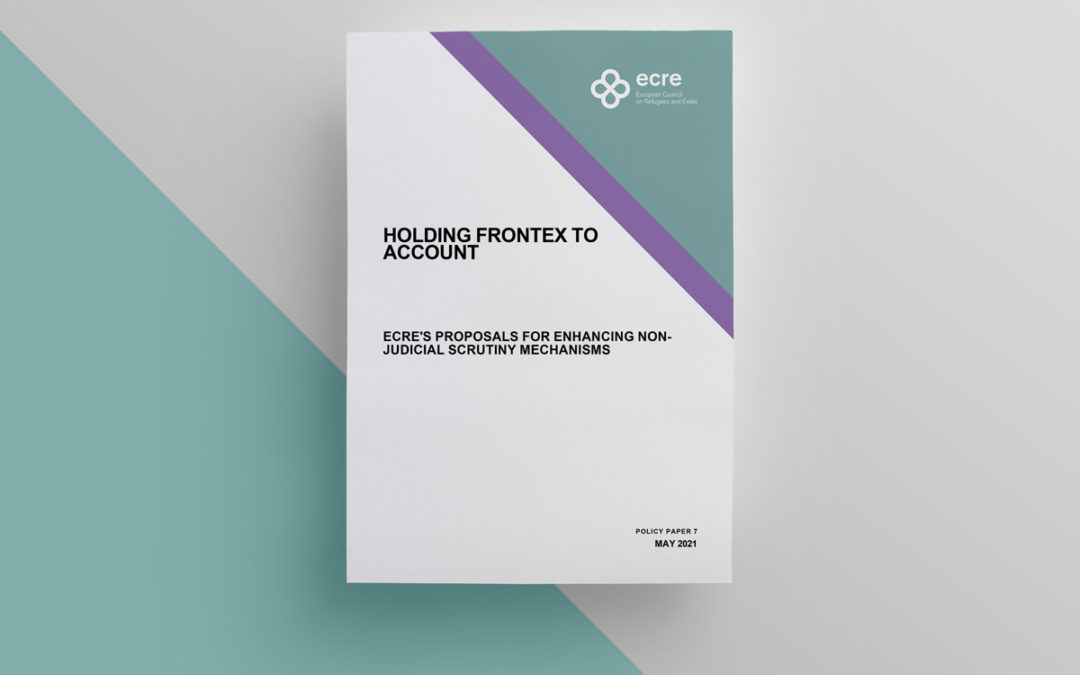 The revelations by investigative journalists in October 2020 of Frontex’s involvement in activities carried out by the Greek Coast Guard preventing entry and immediately returning people seeking protection to Turkey put Frontex’s activities in the spotlight. Several procedures were initiated, including an internal inquiry by a working group of Frontex’s Management Board (MB), a European Ombudsman’s own-initiative inquiry into the effectiveness of Frontex’s complaints mechanism and independence of the Frontex’s Fundamental Rights Officer (FRO), and an investigation by the European Anti-Fraud Office (OLAF) into allegations of pushbacks and internal harassment and misconduct. In January 2021, the European Parliament Committee on Civil Liberties, Justice and Home Affairs (LIBE Committee) set up a Frontex Scrutiny Working Group (FSWG) to assess Frontex’s activities and organisation. The unprecedented number of investigations indicates that better accountability mechanisms are needed – in order to prevent wrong-doing in the first place.

Frontex’s legal framework was most recently amended in 2019 by the Frontex Regulation (2019/1896) that expanded Frontex’s operational powers, mandate and budget. Further, the Regulation emphasised Frontex’s obligation to uphold, protect and promote fundamental rights. This also includes the obligation to withdraw financial support for or suspend or terminate any activity if human rights violations occur. While such provisions have been in place since 2011, the suspension of Frontex activities in Hungary in January 2021 was the first time the agency took this step. It followed a ruling from the Court of Justice of the European Union (CJEU) on Hungary’s breaches of EU asylum legislation. However, violations of the rights of asylum applicants in Hungary had been well-documented for many years and remained unanswered by Frontex during the time of its operations there. Despite the new legal provisions and guidelines, there remains a risk that Frontex’s operations may contribute to or fail to address violations of fundamental rights, particularly in the case of joint operations and operations outside the EU.

Against this backdrop, the ECRE Policy Paper assesses the currently applicable accountability mechanisms. It finds that although democratic, administrative and social accountability mechanisms  were strengthened by the 2019 Regulation, the improvements are not commensurate with the expanded powers, mandate, and capacities of Frontex, following its most recent reform. Thus, the rules and mechanisms are inadequate when it comes to holding Frontex to account and should be further improved, as well as new mechanisms being introduced. It is not only the existence of the scrutiny tools that counts, but also their diligent use and implementation. Otherwise, they may turn out to have a counterproductive effect as they are frequently referred to by Frontex and EU Institutions to demonstrate its compliance with fundamental rights while not actually serving this purpose. ECRE provides detailed recommendations for using and strengthening the accountability mechanisms to the EU Member States, the Frontex Management Board, the European Commission, the European Parliament LIBE Committee, the European Parliament Budgetary Control Committee, the Frontex Executive Director, the Frontex Fundamental Rights Officer, and the European Ombudsman.