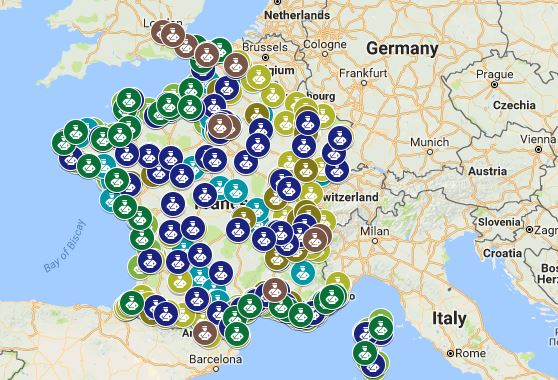 The recent adoption of the new anti-terrorism law by the French authorities, which entered into force on 1 November 2017, introduces extended border controls across the territory of France, including international transit zones in the cities of Paris, Lyon, Marseille, Toulouse, Bordeaux and Lille. Civil society organisations raise concerns about the impact of the new law on potential push backs of people seeking protection.

The new law follows exceptional measures introduced during a nearly two-year state of emergency in France, during which authorities have inter alia applied border controls leading to push backs of asylum seekers to Italy. Organisations such as Amnesty International and Forum Réfugiés-Cosi have previously documented a practice of refusal of entry and return of asylum seekers at the Franco-Italian border without the opportunity to apply for asylum in France or receiving sufficient information about their rights.

Further concerns have been raised by multiple organizations regarding the risk of racial profiling which seems to have been legalized under this new law. Additionally, following a Minister of Interior Circular which encouraged the administrative detention of “illegal immigrants”, racial profiling seems to have become the norm. As a result, the number of individuals administratively detained has doubled compared to a year ago.