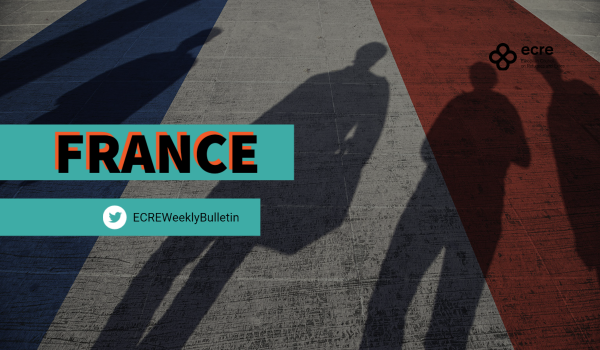 The high threshold of vulnerability criteria leaves pregnant women and small children destitute as emergency capacity is at its maximum. Authority statistics reveal that almost 40 per cent of asylum seekers in France are left without material reception conditions. Violent evictions continue in Paris and North of France.

In a Judgment from December 2022 the European Court of Human Rights (ECtHR) condemned France for again leaving asylum seekers destitute in the street and during the same month a legal battle raged between NGOs and the state concerning emergency housing. On 29 December, Utopia 56 published a statement revealing how a legal action before the Administrative Court of Paris ensuring five destitute families with children emergency housing was appealed by authorities and annulled by the Council of State on the basis that the families would take the place of others more vulnerable. A series of decisions by the Council of State illustrate the high threshold applied. A mother with a five-year old child, a mother with five children three of which were under the age of 18 years and one of which was disabled, two couples with pregnant women, each with three children under 18 years old were all deemed not vulnerable enough to be given priority with emergency housing capacity at its limits in December 2022. The same happened to parents with children aged nine and three-years old and a mother with a four-year old child in January 2023. Further, Utopia 56 and Doctors Without Borders were dismissed by the Council of State after months of appeals for the use of hundreds of empty places in emergency housing in Paris reserved for Ukrainian refugees for other groups in need.

According to OFII (French Office of Integration) statistics reported by Gerard Sadik from La Cimade, just over 100,000 asylum seekers are benefitting from Asylum Seeker’s Allowance (Ada) – the lowest figure since 2017. However, deducting 14,000 people recently receiving either a positive or negative asylum decision leaves just 86,000 asylum seekers receiving material reception conditions. 86,000 is roughly 60 per cent of the current number of asylum seekers in France leaving around 40 per cent without support.

Meanwhile, violent evictions and arrests were reported in the French capital throughout December 2022 and January 2023. Following 44 arrests on 21 December, 20 Afghans were given expulsion orders without being able to apply for asylum and according to Utopia 56 the threat of deportation to the war-torn country was based on obstruction of traffic. On 4 January, roughly 50 police officers evicted hundreds of asylum seekers finding shelter under bridges and “disproportionate violence” and harassment by authorities was reported on 5 January. On 6 and 7 January NGOs organised the distribution of privately donated tents only to see police officers dismantle and destroy them and evictions continued, reportedly with no shelters offered. On 17 January, Utopia 56 reported of a single accommodation centre run by the OFII putting 37 people in the street over just seven days. According to Mortsdelarue as of 13 January, 15 people – more than one every day – had died in the streets in 2023. Northern France has long been the scene of thousands of evictions of people on the move and seizures of tents and belongings and reports of such practices by authorities continue in 2023. On 17 January Human Rights Observers reported of at least 168 people evicted and removed in Calais and 80 tents seized and at least 138 people evicted and 62 tents destroyed in Dunkerque within one week. On the same day, Collective Aid commented on police tactics in the city of Calais, stating: “The tactics of dispersion in the city centre of Calais are to ensure that little access or possibility of settlement is permitted to people on the move or to organizations wanting to provide aid. Taken in the form of criminalization, placing large rocks and boulders on locations overnight, or blocking off areas of the city, the resulting ‘invisibilization’ of the problem does not mean the problem actually disappears. This form of policed resistance only makes it harder for people on the move to gain access to resources that every human being has the right to, but it does not deter the fact of the reality. Journeys to safety and a healthy, protected life are still going to be the end goal for people on the move, and everyone has a right to that”. On 10 January, Calais Appeal reported of the tenth death in Calais over 12 months, stating: “Another tragedy in Calais. A week ago, a Sudanese man was killed by a train in what appears to be suicide. This was a horrendous but foreseeable consequence of people’s desperate situation here. Our thoughts, anger & solidarity go out to the family & communities left behind”. On the same day OFII reported from the south of France of a “smooth” evacuation of the Mas de Brousse camp in Montpellier where asylum seekers eligible for reception were identified and directed to accommodation.