France: Controversial Immigration law has passed through first round in the Parliament 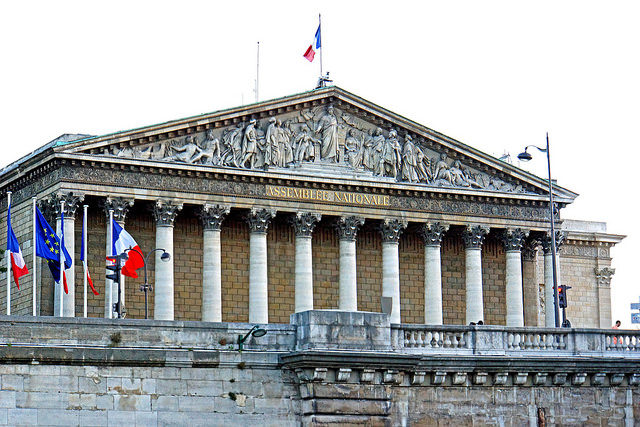 On April 22 a divided French National Assembly (lower house of the French Parliament) has approved a controversial Immigration law including doubling the maximum period of administrative detention and shortened deadlines for filing asylum claims and appealing rejections.

The law that passed through the lower house of the parliament with 228 in favour, 139 against and 24 abstentions after a marathon debate of more than 60 hours has caused controversy in the party of President Macron, La République En Marche (LREM) and critique from NGOs. The most controversial elements of the law include the extension of the maximum duration of administrative detention of irregular migrants as well as asylum seekers under the Dublin procedure including children from 45 to 90 days. Furthermore, the maximum period for the filing of asylum applications will be reduced from 120 to 90 days after arrival (missing the deadline is a ground for channeling a claim under accelerated procedures, where a decision must be made within 15 days and fewer procedural guarantees are in place), and the deadline for appealing negative asylum decisions will be shortened from one month to 15 days. Appeals against a negative decision will no longer have automatic suspensive effect if the applicant comes from a ‘safe country of origin’, meaning that these applicants will now have to request the suspension of a removal order separately to avoid being deported during the appeal process.

LREM party member Jean-Michel Clement who voted against the bill stated: “I am not sure we’re sending to world citizens the universal message that has always been ours.”

While ECRE member France terre d’asile, recognizes improvements such as longer resident permits (4 years) for subsidiary protection holders and stateless, the extension of the right to family reunification for unaccompanied children to their minor siblings, and the right to work for asylum seekers after 6 month General Director Pierre Henry remains criticizes the failure to address initial reception at a time where 2000 people are sleeping in makeshift camps in Paris alone.

The Senate (Upper house of the French Parliament) is set to debate the law in June 2018.