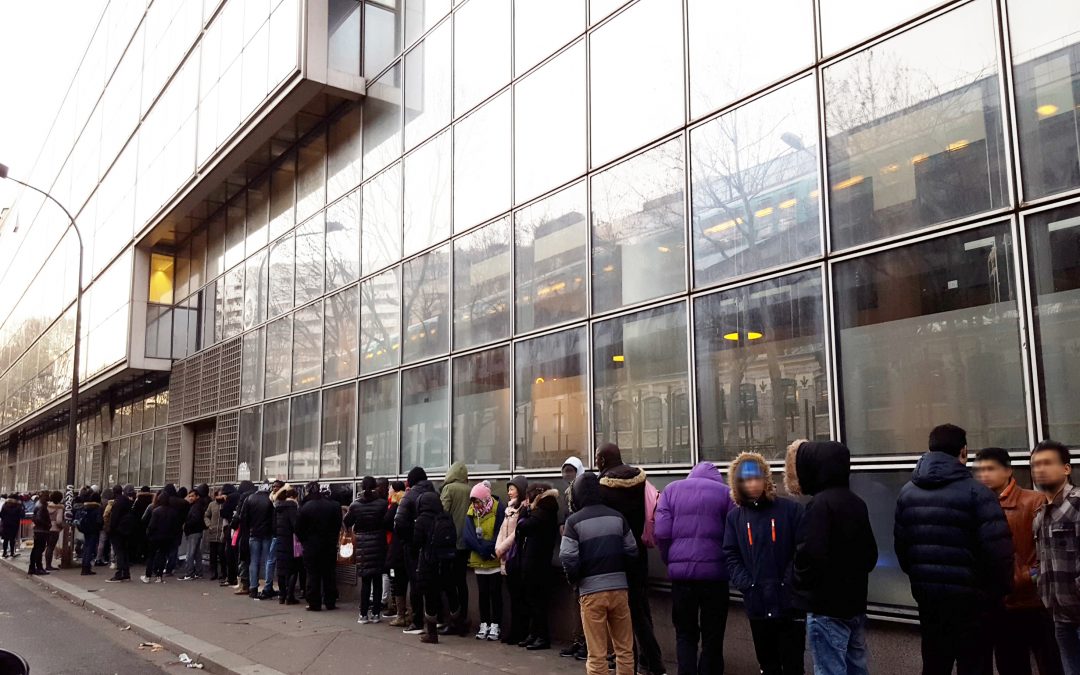 Last week the French government presented a new Asylum and Migration Bill. This text comes only two years after a major reform took place, the effects of which have yet to be understood. As soon as Emmanuel Macron became President he declared that he wanted to profoundly revamp the country’s asylum and migration policy, focusing on better reception conditions, shorter asylum procedures and a more efficient and fair return policy.

Yet, the Bill falls short of meeting these objectives. Some progress should be acknowledged, in particular regarding the extension of the duration of residence permits. However, the text remains deeply unbalanced. Indeed, its main focus is returning more migrants to their country of origin. Return (including of people whose asylum claim has been rejected at the last appeal stage) should not be a taboo as long as returns are not carried out in violation of the non-refoulement principle or EU legislation and the European Convention on Human Rights. Yet, the question remains whether it is fair to focus all attention on return when thousands of people cannot access the asylum procedure in a timely manner, or even at all?

Unfortunately, the issue of initial reception of persons and access to the asylum procedure, arguably one of the central concerns of the French asylum system, is not addressed in the Bill. Initial reception is key: wherever a person comes from, they should be able to first rest, be sheltered, informed and then referred to the relevant procedure. For years we have been calling for the creation of transit centres throughout the French territory: some first reception centres are being developed, but without any structural reform of the existing system, this merely adds a layer to the already overly complex and inefficient French reception system.

A number of the proposed measures weaken or even threaten the right to asylum and fundamental rights of migrants and asylum seekers. One of the most contentious proposals regards the extension of the maximum detention time from 45 days to 90 days, or even 135 days in some cases. The Minister of Interior argues this is still low compared to other Member states. Yet, statistics prove this would be completely inefficient in terms of its declared objective to return more migrants: last year, in the four detention centres where we provide legal assistance, 93% of those returned were expelled within the first thirty days. After the 30th day, only 7% of people were returned. Should we risk jeopardizing general standards over this minority of cases?

We are also very concerned by the proposed reduction of the time limit to appeal a first negative decision from 30 to 15 days. Such a measure will only have a marginal impact on the overall duration of the procedure while it will have a significant impact on the individual asylum seekers’ rights and perspectives to be granted protection. In 15 days, an asylum seeker will have to gather new evidence to support their claim, meet and explain their case to a lawyer, and for those without lawyers, make an appeal in French. Our staff on the ground tell us it is already extremely difficult to introduce a quality appeal in one month, for those accommodated in reception centres. For the many other that are not provided with accommodation it is even harder. Further limiting the timeframe for making an appeal is likely to impact its quality which, in turn, will lead to more and potentially wrongful rejections, low levels of trust in the system and higher number of appeals against return decisions thereby simply replacing one case load with another and not reducing the length of procedures in reality.

The text includes a number of other problematic measures, such as the end of automatic suspensive appeals for some categories of asylum seekers, the end of material reception conditions as soon as a negative decision is taken (instead of notified), as well as  the creation of a criminal offense for illegal border crossing.

The Minister of Interior labelled the Asylum and Migration Bill as “humane” and “efficient”: according to him it would strengthen the asylum process and at the same time increase the rate of return, as well as bring French policy and practices more in line with EU standards. In reality, the proposal is neither fair, nor efficient and seriously risks weakening the right to asylum. It will also contribute to the European race to the bottom with regards to migration’s policy, probably in the aim to appeal to right wing voters. It is time parliamentarians, including those from the government’s coalition, realise the issues at stake and take a stand to protect a right, guaranteed by the Constitution, and which France prides itself in defending for centuries.