Disembarkation debacle: A political hot potato – with lives at stake 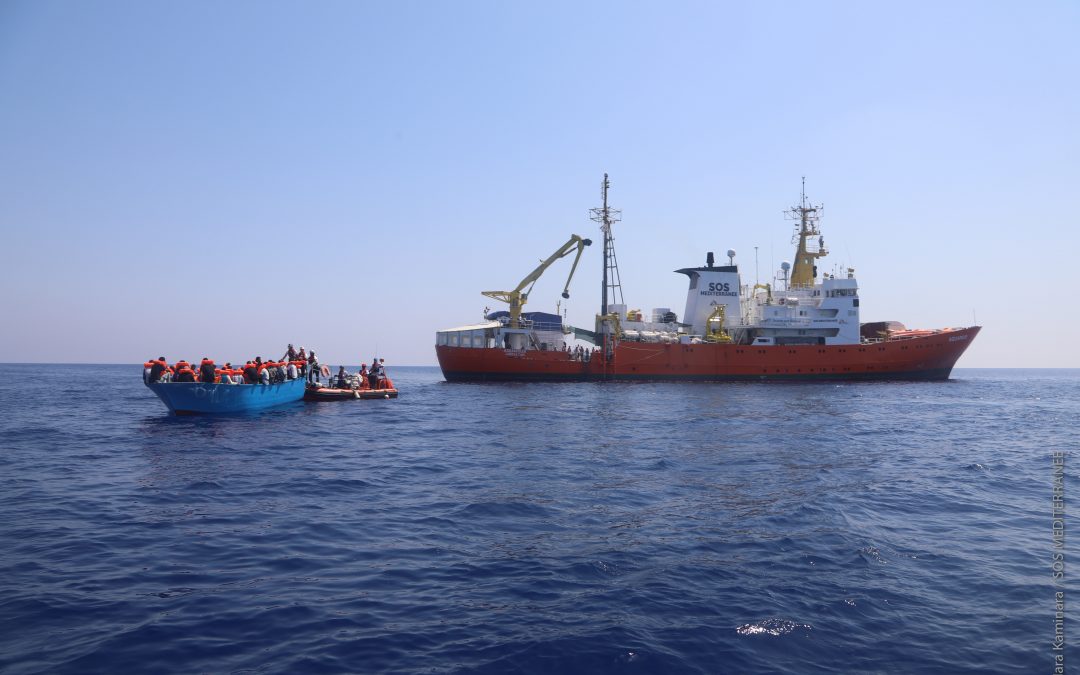 The refusal by new Italian interior minister Matteo Salvini to allow the Aquarius- a civilian search and rescue vessel operating in the Central Mediterranean by SOS Mediterranée and Médecins Sans Frontières (MSF)- to dock in an Italian port and safely disembark the 630 people it had on board sparked a humanitarian, legal and diplomatic crisis this week.

Salvini’s refusal to allow the Aquarius to dock and stating that Malta should take responsibility corresponds with campaign promises he made prior to taking took office. With Malta declining to accept the ship, arguing they were not the nearest port of rescue and therefore were not obliged to do so under international law, Spanish Prime Minister Pedro Sanchez resolved the situation in a “highly symbolic act” to avert “a humanitarian catastrophe” and with the intention of jolting Europe out of its “ostrich politics” on the issue of migration.  Sanchez allowed the ship to dock in Valencia, a four day voyage from the Aquarius’ initial position. MSF coordinator Aloys Vimard, on board the Aquarius, said in a statement that the medical situation “remains stable for now, but people are exhausted and stressed and there is a high risk of worsening medical conditions and sanitation if disembarkation is delayed further.”

Whilst Prime Minister Sanchez’ move has been hailed as courageous, Italy’s actions have attracted criticism. A diplomatic row has emerged following French President Emmanuel Macron labelling the refusal of the ship as “cynicism and irresponsibility”. Matteo Salvini responded by asking France to accept 9,816 people promised under the EU redistribution scheme and the French ambassador to Italy was summoned in Rome.

Meanwhile, life and death on the Mediterranean continues. The 630 on board included 120 unaccompanied children and 6 pregnant women, 524 of whom were transferred to two Italian vessels and together with the Aquarius have continued onwards to Valencia. The Italian coast guard ship Diciotti arrived in Catania on Wednesday with 932 people on board, rescued off the coast of Libya. 41 survivors and 12 deceased rescued off the Libyan coast remain on board a US warship as Italy’s ports remain closed to rescue vessels.