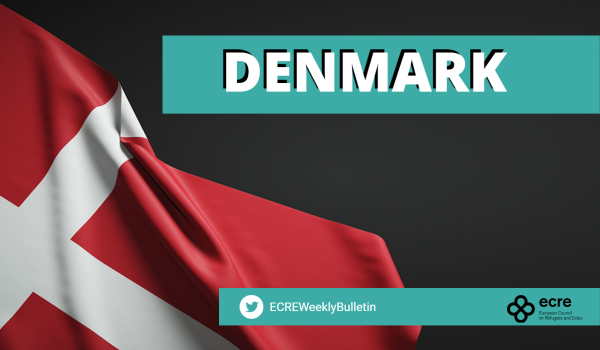 On 9 September, the government of Denmark released a joint statement with the Rwandan regime that includes the ambition of outsourcing asylum procedures and protection to the African country. While the statement offers little insight into the practical and legal details and implications of such a scenario it has sparked renewed critique.

For more than a decade and under changing governments, the trend of Danish asylum and integration policies has been diminishing rights and protection. The latest examples would include declaring Damascus and Greater Damascus (RIF) safe for return and revoking protection for Syrian refugees as well as the drive to outsource asylum processing and protection. Broad bilateral agreements on cooperation in the area of asylum were signed with Rwanda in April 2021 and in June of the same year the Danish parliament passed a law to pave the way for externalising asylum procedures and protection of refugees outside Europe. The announcement of the mutual declaration that came after a Danish high-level visit to the Rwandan regime has been celebrated by the social democratic government, expressing the ambition to deport around 1,000 asylum seekers – roughly the number of non-Ukrainian applicants expected this year. However, the practical details and legal implications of implementing such outsourcing remain unclear.

According to the short joint statement: “Rwanda and Denmark are jointly exploring the establishment of a program through which spontaneous asylum seekers arriving in Denmark may be transferred to Rwanda for consideration of their asylum applications and protection, and the option of settling in Rwanda”. Further, it ensures that: “Any such agreement will be in full accordance with the two countries’ respective international obligations, including regarding refugees and protection of human rights” and points out that Rwanda and Denmark will enter dialogue with relevant stakeholders including the Un Refugee Agency (UNHCR) and the European Commission. However, the positions of UNHCR and the Commission are already abundantly clear. UN High Commissioner, Filippo Grandi stated in June 2021: “UNHCR strongly opposes efforts that seek to externalize or outsource asylum and international protection obligations to other countries. Such efforts to evade responsibility run counter to the letter and spirit of the 1951 Refugee Convention, as well as the Global Compact on Refugees where countries agreed to share more equitably the responsibility for refugee protection”. Further, Grandi noted: “UNHCR has raised repeatedly its concerns and objections to the Danish government’s proposal and has offered advice and pragmatic alternatives”. In another response from June 2021 a European Commission spokesperson criticised the externalisation efforts saying “It is not possible under existing EU rules, or under the proposals of the new pact on migration and asylum” and warned the move was “undermining the foundations of the international protection system for the world’s refugees”. Further, EU home affairs commissioner Ylva Johansson, stated: “A system aiming for external processes outside the EU instead of protecting the right to apply for asylum in the EU would send a strong and wrong signal to the outer world”. Should Denmark send asylum seekers to Rwanda experts expect a prompt response from the European Commission – ultimately risking Denmark’s exclusion of EU cooperation on asylum under the Dublin regulation. The outsourcing plans have also generated severe critique from MEPs and NGOs and with the release of the joint statement an ultimatum from the governments’ political allies. The Danish Social Liberal Party (Radikale Venstre) currently keeping the social democrats in government has made it clear that it will pull its support if the outsourcing policy is implemented. With elections coming up spokesperson, Zenia Stampe confirmed that the party will not support or participate in a future government continuing efforts to outsource asylum protection to Rwanda or other places. However, party leader, Sofie Carsten Nielsen later modified the position slightly by saying her party opposed only unless such an initiative was taken at EU level.

A similar recent Israeli attempt of outsourcing asylum protection to Rwanda unraveled before implementation and the UK government is currently facing a High Court challenge of its attempt of outsourcing asylum protection to Rwanda. The policy deemed unworkable and unlawful by numerous experts including the UN Refugee Agency (UNHCR) has proven difficult to implement with the first deportation flight set to depart in June stopped by UK and European courts. Testimonies before the UK High Court has defined the government of Rwanda as an “authoritarian” regime that “tortures and murders” and pointed to the country’s dubious human right record including the killing and forced recruitment of refugees. Meanwhile, one of the four “independent experts” appointed by the UK government to provide oversight of its partnership agreement with Rwanda is non-other than Morten Lisborgs from the consultative agency Migration Management Advice considered the “brain” behind the Danish outsourcing vision.