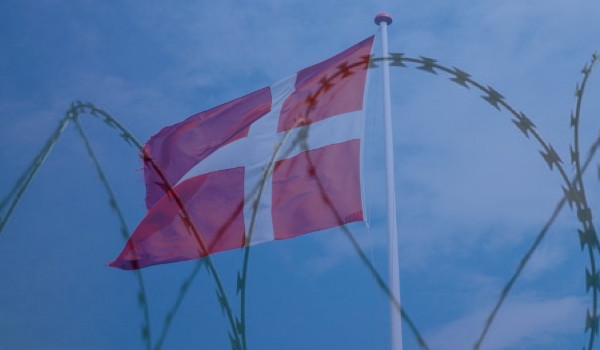 In early February 2021, the Danish Frederiksen government tabled a legislative proposal for public consultation. It is based on a four-year campaign by the Social Democrats, in government since June 2019, arguing that the construction of “camps in North Africa” will fix a “broken” asylum system. The proposal aims at closing down Danish authorities´ processing of asylum claims on Danish territory. People filing asylum applications in Denmark are to undergo an accelerated procedure assessing whether they can be “transferred” to extra-territorial processing facilities. The proposal envisions a significant upscaling of incarceration of asylum seekers as early as possible in their processes, for the purpose of ensuring their “transferability” to the extraterritorial facilities located outside Europe. Thus, the proposal outsources to a hypothetical third country the containment of people during the processing phase, the responsibility for giving residence permits to those granted asylum as well as the deportation of those whose applications are rejected. And it also outsources the management of scenarios where people, after being granted asylum, still want to use their newfound rights to move to Europe.

Downplaying the controversies related to rights violations, reports of child abuse, sexual harassment, corruption and soaring costs, surrounding the Australian Pacific Solution, the EU-Turkey statement or the US policy towards Guatemala, the Danish government continues to refer to these policies as sources of inspiration for their ‘grand’ externalization vision. If realized, the proposal would be one of the biggest recalibrations of Danish asylum and refugee policy since 1951.

From “enormous refugee cities” to an experimental “mini-centre”

Observing the discourse closer, certain trajectories stand out. In 2016, the current minister of labor, Peter Hummelgård Thomsen, described the externalization idea as a vision of “enormous refugee cities with hospitals, schools, universities, farms and companies.” However, confronted with the lacking will of non-European so-called third countries to actually host such grand-scale projects on behalf of the Danish state, his colleague, Henrik Sass Larsen, shortly after toned down the ambitions, and instead spoke of massive “asylum camps” operated in partnership with the EU and the UNHCR. He specifically mentioned countries such as Libya or Algeria to be good candidates. This new variation of the vision faced further complications, as UNHCR and the EU refused to take part in it. Accordingly, the extraterritorial facilities now assumed the form of more welcome-sounding “reception centres” in North Africa. The backlash continued when the Social Democrats’ media campaign across Danish outlets was again confronted with the international reality. Countries involuntarily finding themselves the centre-pieces of the vision, refused the hosting role ascribed to them in the Danish discourse. Morocco, Tunisia, Algeria, Jordan, Libya, and Egypt communicated clearly that this plan would not take place on their territory, and that they found the very idea hypocritical and dangerous.

At this point the Social Democrats stopped naming specific host countries when promoting their externalization plan, but it has remained a show-piece of their ‘tough on migration’ agenda. However, in early 2021, the ambitions were downscaled once more, as minister of immigration and integration, Mattias Tesfaye, explained the vision as an experimental “mini-centre” in an unnamed host country.

The trajectory from “enormous refugee cities” to experimental “mini-centres” testifies to the proposal´s problematic relation to reality. Although it is being promoted as innovative humanitarianism, the fact remains that it is hardly original and that a string of similar proposals have failed. Thus, in 1986, the Danish Schlüter government proposed extraterritorial “processing centres” in the UN´s Third Committee, where it was fiercely rejected. Between 1993 and 1995, the Dutch minister Aad Kosto revived the idea, now called “reception centres,” trying in vain to rally his counterparts behind European-style Guantanamo Bay camps. In 2002-2003, during the run-up to the American invasion of Iraq, the Blair-government launched the idea of “regional protection areas” and “transit processing zones” outside European territory. But, having bypassed the EU system, Blair´s initiative collapsed in the face of massive critique from organizations, the European Parliament and other member states. The latest examples of similar initiatives were Israel’s embarrassing retreat from the promise of deporting asylum seekers to African countries, who were again  notinterested in receiving them, as well as the failure of the Austrian EU presidency´s  externalization ideas, which were largely ignored.

Global solidarity – as far away as possible

The Danish Social Democrats, now in government, are seeking to legitimize the plan through a somewhat paradoxical emphasis on international solidarity – the hypothesis being that more people can be assisted outside of Europe compared to inside Europe for the same amount of money. Leaving aside the fact that camps have little resemblance with actual asylum and integration systems and the doubtful assumption that such camps would be cheap to run, even the broad reference to “regions of origin” does little to hide the fact that the central aim is to ensure distance to Denmark.  The as of yet imagined host countries do not have to be geographically close to, nor have anything else in common with, the regions where displaced person have their origin. “Regions of origin” have thus come to signify any area far from Denmark to which the government can outsource its responsibility for displaced people.

Denmark received only 1500 asylum applications last year, and if this suffices for the Danish government to openly disassociate itself from its international obligations, a lot of countries in the global South might ask themselves why they should continue to take a disproportionate responsibility.

This erosion of the international collaboration on mass displacement was on full display in the years following the 2015 displacement crises. And the Danish government´s externalization desires have received stark criticism from the European Commission in the fall of 2020, due to the fact that it further undermines support for the new Migration Pact. It is therefore a significant expression of political unilaterality when the Danish government has decided to proceed and table a legislative proposal.

Another government justification of the plan has been to claim that the current asylum system is “broken.” According to the government, the very existence of humanitarian protection in European countries such as Denmark, functions as a pull factor for desperate people exploited by brutal smugglers. Yet, many studies have demonstrated that smuggling networks exist through close links with the very same authorities who are contracted by European states to conduct extraterritorial border control. Thus, a UN report concluded that Libyan smuggling networks cannot in reality be separated from the so-called Libyan coast guard. The blurring of the categories of smuggler and border guard is particularly prominent when the European migration control agenda enters already-existing contexts of threatened livelihoods, irregular economy and displacement. The need to move to survive persecution, violence or poverty provides an ever-growing base of ‘customers’ and the externalization partnerships with EU or member states provide the resources and infrastructures allowing the exploitation of people to avoid detection.

The Danish government might try to rely on humanitarian rhetoric as when it argues that its externalization plan aims to avoid refugees dying on the Mediterranean. But arguing that locating extraterritorial centres en route to the Mediterranean solves the problems is a fundamental mischaracterization of the causes for human smuggling and life-threatening journeys. According to the International Organization for Migration (IOM), many more people have lost their lives before reaching the Mediterranean, than have drowned in the attempt to cross it. The reasons are the dangers of navigating across the Sahara in order to avoid the European-supported securitized and militarized control regimes, and European states´ closure of safe and legal humanitarian corridors to their asylum systems. Moreover, the proposal´s insistence that people cannot apply for asylum in extraterritorial facilities, but only by entering the asylum process on Danish territory, seems to do very little to change the incentive to travel irregularly.

An asylum system designed to deter

The legislative proposal openly explains that the use of pre-removal incarceration and deportation in the Danish asylum system will be drastically up-scaled. The incarceration will be “preventive” to ensure that people can be “transferred” quickly out of Denmark in order to be “processed” in extraterritorial camps in a thus far unnamed country. Accordingly, those detained will have committed no crime, but simply have attempted to exercise their right to apply for protection. The Danish police will be handed the task of apprehending, screening, arresting and deporting large numbers of people.

The Danish government is clear on its ambition to transform the Danish asylum system into a system of administrative deportations to locations outside Europe. The legislative proposal introduces the concept of “transfers,” which is to be added to the existing stages of deportation in the system, namely “rejection, expulsion and return.” The proposal is thus in line with the government´s explicit hope that the system´s severity and lacking perspective for protection in Denmark will deter future asylum seekers from coming to Denmark. This goal is in turn justified by claims that it is not possible to integrate refugees into society. Taken together, this illustrates a crucial aspect of externalization policy: far from representing an up-scaled humanitarian care for those displaced, this is in fact a fundamental anti-integrationist vision. It functions as the negation and subsequent outsourcing of the very goal of caring for, and integrating, refugees on Danish territory.

The best thing one can say about the proposal is that it has been rejected or ignored by all key international actors including EU, UN and potential host countries. However, it is tabled for law in Danish parliament and it represents the latest toxic extension of the wrong decisions made in Europe for decades and particularly since 2015.