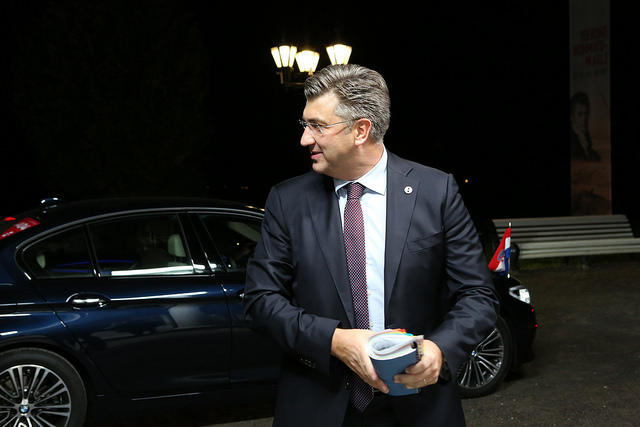 In its response to a request addressed to Prime Minister Andrej Plenković from Croatian MP  Peđa Grbin to clarify investigative measures and results taken in relation to reports of abuse and push backs of refugees and migrants by Croatian police at the Serbian border, the Croatian government wrote off migrants and NGO’s as credible sources.

The Croatian government states that Croatian police protect the borders according to the Schengen Border Code and in respect of human rights of migrants. Reports of abuse and push backs are denounced by the government as the result of NGOs working to ensure the transfer of illegal migrants into EU, migrants wanting to achieve access through Croatia and media willing to distribute their messages. In an open letter published this week, the Croatian Centre for Peace Studies and Initiative Welcome refuses the Croatian Government’s criminalization of NGO’s as unfounded and unsuited in a democracy.

“If the government discredit the evidence provided by civil society as well as the voices of refugees and migrants experiencing abuse then it is virtually impossible to ensure transparency and protection of refugees and migrants. Neither the police nor the government have shown much interest in exposing or correcting human rights violations at the border,” says Lea Horvat Center for Peace Studies.

Evidence of violent and unlawful push-backs from Croatia to Serbia have been consistently reported by NGO’s and migrants. A tragic example involved the death of a six-year-old Afghan girl following the push-back by Croatian police.