Op-ed: Asylum seekers in Croatia in a human rights vacuum 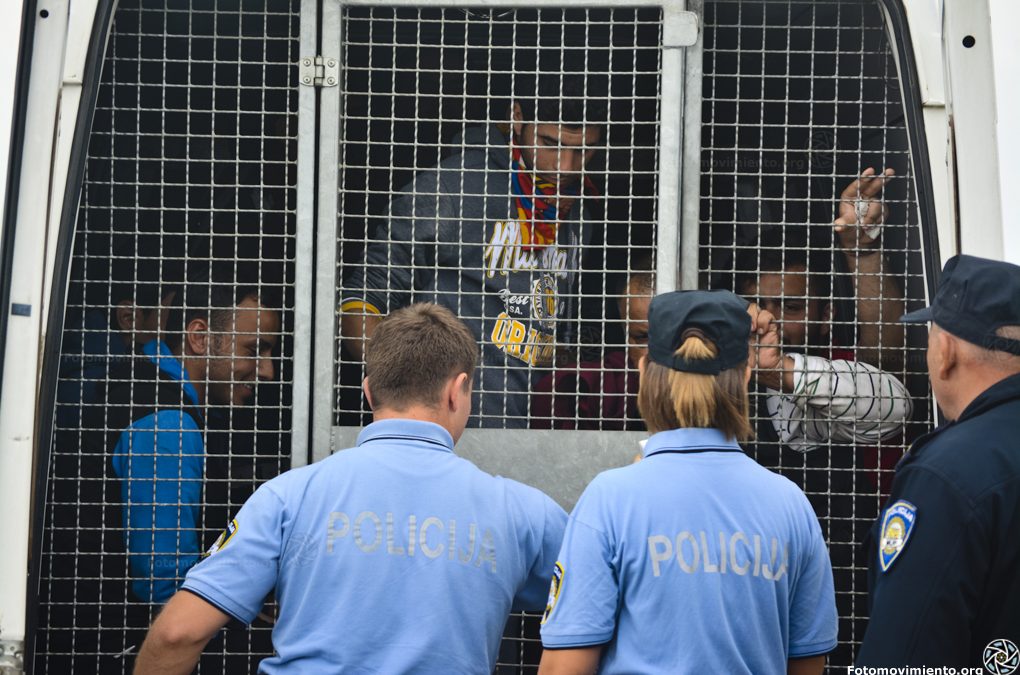 By Tajana Tadić and Marijana Međugorac from the civil initiative ‘Are You Syrious‘.

From the arbitrary and unlawful practices of the Ministry of Interior (MOI) and the Security and Intelligence agency (SIA), to the violent pushbacks occurring from its territory, the right to access international protection in Croatia remains precarious at best. Croatian NGOs, namely Are You Syrious and the Centre for Peace Studies, maintain that “there is a visible and planned discouragement policy towards asylum seekers implemented by the state”, and the euphemism discouragement is used to refer to the unlawful and arbitrary MOI and SIA practices described in two reports published in April and July respectively, as well as direct border violence, which makes access to territory and the international protection system virtually impossible.

The published reports and complaints on pushbacks filed by the NGOs resulted in a criminal investigation for several documented cases, however, these acts of institutional violence seem to continue with impunity.

Since August this year, volunteers active in Serbia have collected numerous testimonies from refugees who were violently and unlawfully pushed back from Croatia. The police doesn’t discriminate, in addition to single men (a category systematically overlooked and left to fend for themselves), there are cases of entire families with children who fell victim to this cruel practice.

The refugees, majority of them hailing from Afghanistan, Pakistan, Libya, Iraq, Syria and other countries, are mostly staying in a camp in Šid, which is the location they are regularly returned to by the Croatian police. Many of them testify to being in Croatia and making an application for international protection more than once, after which they were taken to the police station, and then returned to the border with Serbia where they were made to cross the border on foot and were often victims of physical and verbal violence. Additionally, they are reporting that their money and mobile phones – their only connection to home and the life they left behind – are stolen or destroyed by the police.

What is especially worrying are continues reports over a long period of time of refugees pushed back after being picked up by the police in front of the SPAZ building hosting many international organizations including IOM and UNICEF in the commercial center of the capital where they came for support and protection. For more than a month, a police van was parked outside the building 24/7, thereby preventing the people from entering, taking them to the police station and then back to the border with Serbia, while telling them that they will get the chance to lodge their asylum claim. Some of the pushbacks even feature elements of collective expulsions – no names or details are taken, and the people are denied the chance to ask for asylum.

One of the testimonies collected by the volunteer groups in Serbia tells a story of a group of seven people, who were in Zagreb, heading to the UNHCR office in order to make an application for international protection. The police caught them in front of the office, took them to the police station where Faisal, a 15-year-old boy from Pakistan asked for asylum in Croatia and declared that he was a minor. He was refused and was forced to stay with the rest of his group for three hours in a cell in the police station without food or water, after which they were driven back to the Serbian border.

Volunteers from NGOs sometimes accompany people who express the wish to ask for international protection in Croatia, in an attempt to ensure that they are able to lodge their applications and to monitor the situation and ensure the applicant is given a fair process. Otherwise they are left to navigate a system where they often have to apply for protection without an interpreter, and are sometimes made to sign documents in a language they do not understand.

If one would like (legal) information about the process, or someone to accompany them while they attempt to make an application for international protection, they can only do so during office hours – the Croatian Law Center, UNHCR’s implementing partner is open Monday to Friday, from 9am to 5pm. It is unclear what those who find themselves in Croatia on weekends are supposed to do. Cases of unlawful expulsions have been observed not only at the border with Serbia, but with Montenegro and Bosnia as well, for example in the Croatian region of Lika, where witnesses say they regularly see police vans taking migrants and refugees back across the border.

The situation in Croatia is just one example of the deeply problematic situation along EU’s external (and the externalized) borders. The right to seek protection is a corner stone of international human rights and so is the principle of non-refoulement. We need to ask ourselves what is the worth of these fundamental principles if they are openly violated by authorities in an EU Member State and in front of the offices of UN agencies with the mandate of protecting them.