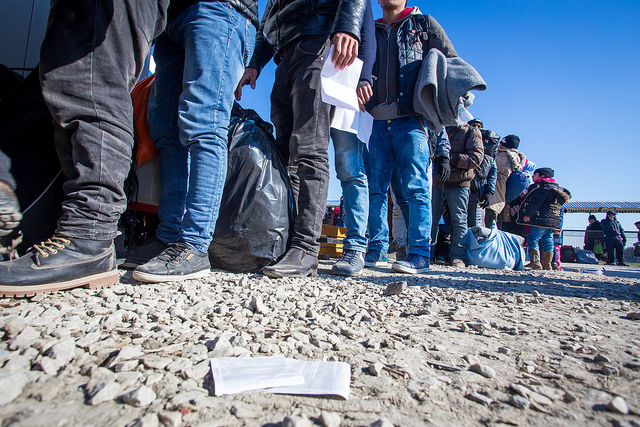 The hotspots on the Eastern Aegean islands continue to be marred by overcrowding and deteriorating living conditions. At the beginning of October, a total 13,538 people remained on the islands of Lesvos, Chios, Samos, Leros and Kos. With the exception of Leros, all other hotspots hosted more people than their maximum capacity – even four times their capacity in the case of Samos.

At the same time, arrivals from Turkey continue at a rate of 100-200 people per day. Meanwhile, a recent trend of forcibly transferring people arriving in Crete to the hotspot of Kos continues. Following the transfer of 69 persons from Iraklion, another 44 were removed last week from Rethymno, including 38 individuals who had expressed the intention to apply for asylum.

The staff of the Reception and Identification Service (RIS) wrote to the Minister of Migration Policy to raise concerns over deteriorating conditions and the insufficient capacity of the Service to identify the newly arrived and assess potential vulnerabilities with a view to providing them appropriate support during the asylum procedure.

Vulnerability remains a central question in Greece following the EU-Turkey statement, as the law exempts vulnerable asylum seekers from the fast-track border procedure applied in the hotspots. In a recent decision, the 8th Appeals Committee exempted an applicant who had wrongly been channelled in that procedure, acknowledging the failure of the authorities to perform a vulnerability assessment through medical and psychosocial examination at the Reception and Identification Centre of Samos.