The other Greek island: Squalid conditions and arbitrary deportation in Crete 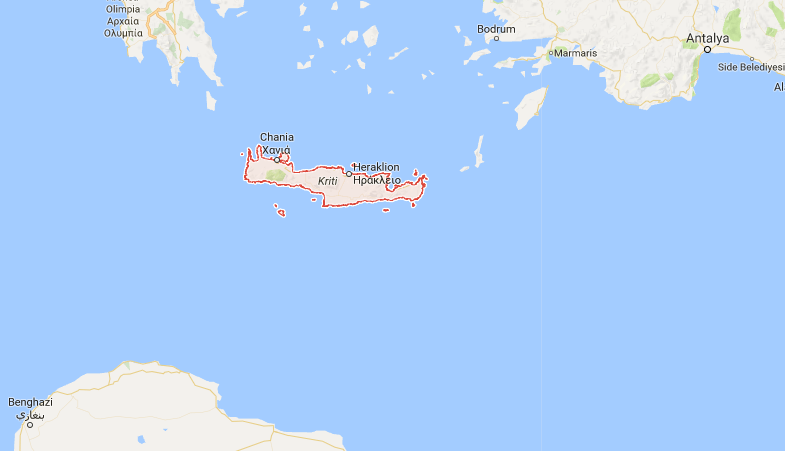 With the establishment of a Regional Asylum Office of Crete in July 2017 the island emerged as key location in Greece’s reception of refugees and migrants. While UNHCR has successfully accommodated approximately 240 refugees, those arriving irregularly to the island face harsh conditions and risk of deportation.

UNHCR expanded its accommodation scheme earlier in the spring with the aim of gradually housing 750 asylum seekers in 125 rented apartments across Crete. The Minister of Migration Policy announced at the time that this was a “programme of dignity for all, as it guarantees the peaceful coexistence and safety of asylum seekers and local communities.” However, those arriving irregularly to the island have faced widely different treatment. A group of 74 people, including 28 children, who arrived by boat on 7 September were hosted in the dockworkers’ unit of the port of Iraklion, under insalubrious and unsafe conditions denounced by dockworkers.

The area was surrounded by police officers on 12 September, who prevented access to the building. The residents, including 28 individuals who had expressed the will to apply for asylum, were served with return decisions in Greek which were neither translated nor explained to them in a language they could understand. Despite efforts from UNHCR and the Bar Association of Iraklion to ensure access to asylum, 69 people were transferred under police escort from Iraklion to the pre-removal detention centre of Kos on the morning of 13 September, likely with a view to deportation to Turkey. The Iraklion Initiative for Migrants and Refugees (Πρωτοβουλία Ηρακλείου για τους μετανάστες/πρόσφυγες) and the Bar Association of Iraklion have strongly denounced the practice of the authorities, while a complaint has been filed with the Greek Ombudsman.

On Kos and the other islands where hotspots are established, conditions remain dire in view of persisting problems of overcrowding. This week, the Reception and Identification Centres on Lesvos, Chios, Samos, Leros and Kos – whose total maximum capacity is 5,576 places – accommodated 9,693 people. The situation on Samos has been particularly critical, given that as many as 2,779 people are hosted in a 700-place centre.