Concern as rising numbers cross from Turkey to Greece via Evros 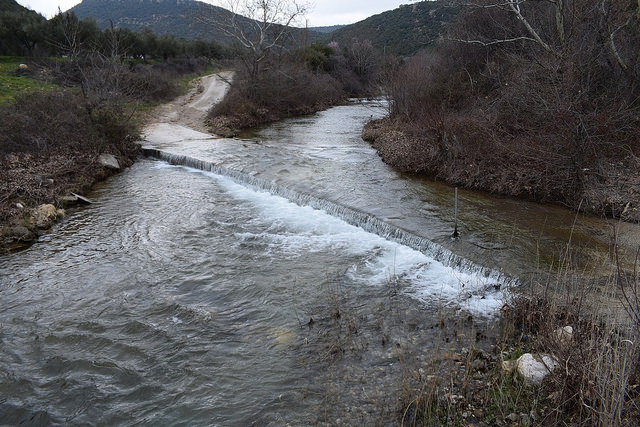 Over a thousand people have crossed the Evros river, marking the land border between Turkey and Greece, since March this year. Last week over one hundred people arrived each day and 340 people arrived on Tuesday alone. This has led to concerns from authorities and NGOs that an emergency situation is unfolding.

Many of the people crossing the border have ended up sleeping in the parks and squares of the city of Thessaloniki, waiting for a place in a camp. There are also reports of hundreds of people waiting outside police stations, to get arrested in order to gain temporary residence. The municipality has expressed concerns that the city may experience similar circumstance as the events of 2015, where thousands of people slept on the streets across Greece. Local and national migration authorities have scheduled a meeting for Saturday to discuss the situation. The Migration Policy Minister Dimitris Vitsas expressed his concerns about the increase of arrivals and announced his ministry has developed two plans to deal with the situation, which he will share privately with party leaders.

Arrivals have also been increasing on the Aegean islands, with arrivals on Lesvos almost four times the amount of last year. Minister Vitsas said “I’m not scared about the islands because we know what we have to do. What is really worrisome is the huge increase through Evros.” A concern also raised by the Head of the International Federation of the Red Cross (IFRC) in Greece, Ruben Cano: “This is not the route most people take to reach Greece – it’s a worrying development. The summer will see river levels drop which could also lead to a further rise in people braving the journey.”

The situation for refugees in Greece has been increasingly tense after incidents on Sunday, where a group of asylum seekers who had been occupying the central square in Mytillene, Lesvos to protest reception conditions and long asylum processing times, were attacked by over a hundred far right extremists. The attackers threw projectiles, including bricks and flares. The Mayor of Lesvos, Spyros Galinos, wrote to Minister Vitsas and the Citizen’s Protection Minister Nikos Toskas, saying, “Lack of action and poor management has resulted in nearly 10,000 asylum seekers being trapped in miserable conditions around a town of 27,000 residents and has created intense fear in the local community; a community that has lost its sense of security and after last night’s events its cohesion too.”

The state of affairs in Turkey following the failed coup-attempt of 2016, the humanitarian impact of the war in Syria and deteriorating diplomatic ties between Greece and Turkey are cited as reasons for the increase of crossings of mainly people of Kurdish descent from Syria and Iraq and Turkish nationals.