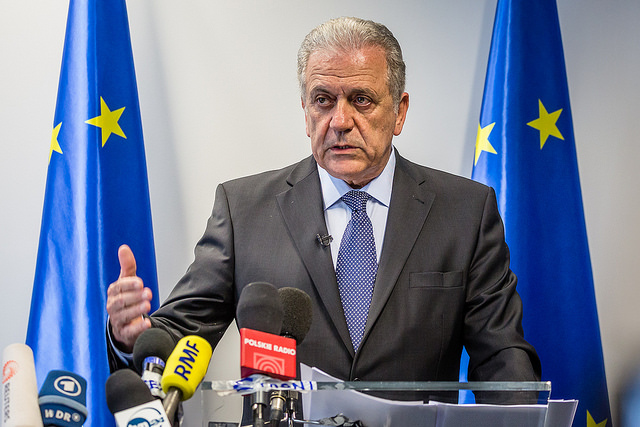 The Progress Report on the Implementation of the European Agenda on Migration from the European Commission, also including progress on the Commissions roadmap, reflects an EU in continued crisis mode with a strong focus on the number of arrivals and emphasis on increased protection of external borders.

The progress report establishes a continued trend of decreasing arrivals, illustrated by a 77% fall in the first month of 2018 compared to 2017 through the Central Mediterranean route. Yet the press release presenting the progress report under the headline ‘Still fragile situation gives no cause for complacency’ states: “While joint EU efforts have continued to show results, the situation remains fragile due to ongoing migratory pressure…” and underlines the need for Europe to: “show the necessary vigilance and preparedness to respond to any seasonal peaks or shifts in pressure…” A point also made in remarks by Commissioner for Migration, Home Affairs and Citizenship, Dimitris Avramopoulos warns that: “We have seen some increases at the Greek-Turkish Land border but also increased movements along the coastal route in the Western Balkans and some peaks in arrivals in the Western Mediterranean.”

The progress report outlines several initiatives related to security and control of external borders such as upgrading the EU Visa Information System allowing member states to exchange personal information and introduce security checks, strengthening partnerships with additional countries in Africa along the migratory routes and expanding the capacity and funding of the European Border and Coast Guard Agency (Frontex).

Internal measures include the support to border-states in southern Europe and the western Balkans, an agreement on the reform of the Common European Asylum System and increasing return and readmission of rejected asylum seekers.

Furthermore, the progress report underlines the need to speed up transfers to member states of refugees and asylum seekers evacuated from Libya to Niger, increase the number of pledges for resettlement and close the funding gap for the EU Africa Trust fund.