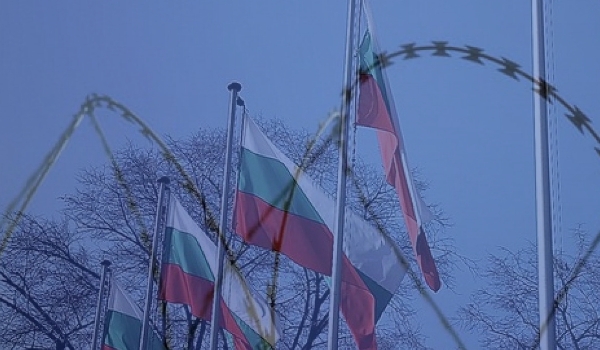 Bulgarian politicians are debating reinforcement of police stationed at borders with Greece and Turkey, citing moderately increased numbers of people attempting irregular crossings. More than 1,000 indirect pushbacks were recorded over the first eight months of 2021, affecting at least 13,000 people.

The Bulgarian Interior Ministry said irregular arrivals to the country were up 17% at the end of August, with 500 people stopped at the external borders of Bulgaria over the last two days of the month.  On 26 August the government discussed sending 400 to 700 soldiers to its borders with Greece and Turkey to support around 1,000 police officers already stationed there, though this has yet to be implemented. The number of people found to be in Bulgaria irregularly has increased significantly since 2020, with 3,518 people apprehended within Bulgarian territory between January and August of this year. A further 765 were found to be entering irregularly via Turkish and Greek borders, and another 1,118 to be leaving the country via Serbia, Romania and Northern Macedonia.  Nonetheless, the Interior Ministry had previously reported a steady decrease in the number of “illegal foreigners” arriving in the country since 2015, from around 31,000 in 2016, to 19,000 in 2017, to 3,000 in 2018, down to 2,000 in 2019.

Bulgaria continues to carry out systematic pushbacks of migrants at its borders. In July, the European Court of Human Rights (ECtHR) found Bulgarian authorities in violation of European human rights law by summarily returning a man to Turkey. The man’s lawyer said the country had “a longstanding practice of denying refugees protection from persecution and handing them straight back to their persecutors”. At the end of August, Bulgarian police reported that they were sending between 100 and 200 “illegal immigrants” back to Turkey every day. At the end of July, the Interior Minister Boyko Rashkov said that 16,900 people had been returned to neighbouring countries since the start of 2021. ECRE Member organisation the Bulgarian Helsinki Committee recorded 1,064 indirect pushbacks (preventing individuals from crossing into Bulgaria) and 323 direct pushbacks (returns from inside the territory) over the first eight months of 2021, affecting 13,363 people. This suggests an expansion of pushbacks since 2020, when 15,173 people were pushed back over the course of the entire year.

Afghanistan has been the top country of origin for asylum seekers in Bulgaria since 2016. The vast majority of Afghans however have been rejected under the country’s “accelerated procedure” that treats their applications as manifestly unfounded on a range of grounds, including that they failed to present themselves to the authorities after entering the country or that they came from a “safe country of origin”. Afghans nationals faced a 99% rejection rate in 2020, with 858 applications rejected.