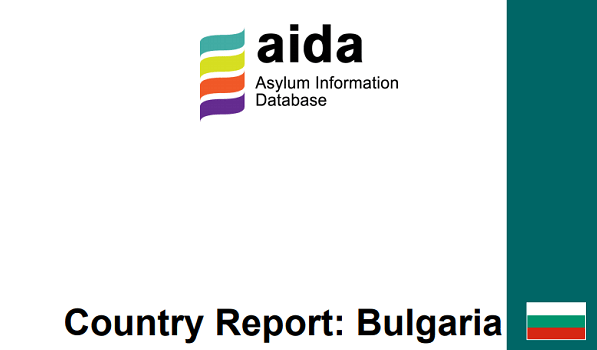 The updated AIDA Country Report on Bulgaria provides a detailed overview on legislative and practice-related developments in asylum procedures, reception conditions, detention of asylum seekers and content of international protection.

COVID-19 and access to the territory: During the state of emergency declared on 13 March 2020 in response to the COVID-19 pandemic, all asylum-related procedures were suspended, except for the renewal of asylum documents and the registration of asylum seekers transferred from pre-removal detention facilities. The lockdown was officially lifted on 13 May 2020, but it was not before the beginning of June 2020 that determination procedures resumed at all instances.

Despite COVID-19, both the number of applicants and the number of new arrivals increased in Bulgaria. A total of 3,525 applicants were registered (i.e. +63%, compared to 2,152 applicants in 2019) and new arrivals increased by 57% compared to the previous year. However, access to the territory and to the asylum procedure remains a serious matter of concern, as direct and indirect push-back practices are regularly reported. Overall, push-backs affected more than 15,000 individuals in 2020 according to statistics collected by the national border monitoring network.

Asylum procedure: Important issues continue to be reported throughout the asylum procedure. This includes discriminatory practices at first instance, whereby certain nationalities are systematically treated as manifestly unfounded applicants under the accelerated procedure and denied international protection. As a result, the rejection rate reached 100% for Ukrainians, Algerians, Moroccans and Tunisians; and 99% for Afghan nationals, which has been the first country of origin in Bulgaria since 2016. At second instance, the effectiveness of the judicial system as the sole avenue for independent revision of first instance decisions was further undermined. The responsibility for asylum-related appeals was definitely shifted from the 3rd Section of Supreme Administrative Court to the 4th Section of the Court, which has little experience nor legal expertise in the field of asylum and international protection. As a result, 96% of the appeals were rejected in 2020.

Reception conditions: As regards reception conditions, they continue to be limited in practice. Asylum seekers who decide to live outside reception centers at their own expenses are not entitled to any social benefits; and those entitled to accommodation only receive food and medical assistance. Other social benefits foreseen under the EU asylum acquis are not guaranteed by law nor provided in practice. A positive change was reported regarding the creation of safe zones for unaccompanied children in reception centres, where they are provided round-the-clock care and support tailored to their needs. Moreover, an important amendment to the law shifted the responsibility for the legal representation of unaccompanied children from the municipalities to the National Legal Aid Bureau, and further introduced conditions for the qualification of legal guardians.

Detention of asylum seekers: In 2020 the authorities applied a mandatory fourteen days quarantine to all newly detained third country nationals, during which they had no access to legal assistance nor the possibility to lodge their asylum claim. The quarantine period is thus not included to the detention duration, which reached 8 calendar or 6 working days in 2020, as the latter is calculated from the date of formal submission of the asylum application.

Moreover, a new cessation ground was introduced, in contradiction both to the Refugee Convention, and the recast Qualification Directive. It foresees the cessation or revocation of international protection if status holders fail, in a period of thirty days, to renew their expired Bulgarian identity documents or to replace them if they have been lost, stolen or destroyed. This amendment officialises an illegal practice which has been applied by the national asylum agency since 2018 and has affected more than 4,200 status holders so far.