Weekly Editorial: A Pact for an Inclusive Recovery? 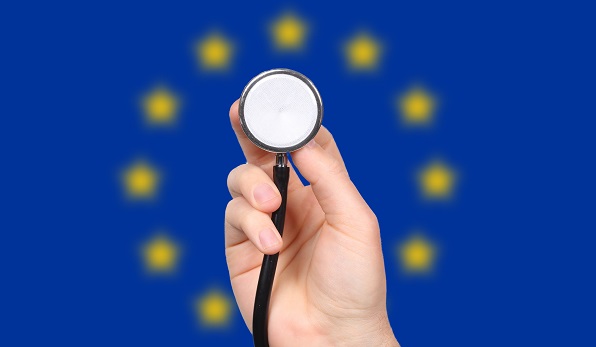 Across Europe, people are anticipating the lifting of the lockdown with relief but also foreboding. The fear is a natural reaction to the economic predictions – not just a recession but a depression; mass unemployment; all compounded by the unpredictability of it all, because, using the word of the year, it is all unprecedented.

For migrants, refugees and those working in the sector, fear of the economic consequences is combined with concern that economic instability will feed anti-migration extremists, the “populists”. They have had a bad crisis – except where they control governments like in Hungary or the US – but are waiting in the wings, ready to seize the stage when they see their chance.

Their return is not inevitable: an equitable and inclusive recovery, one that tackles the already intolerable inequalities and people’s insecurities, would help. Mainstream political leaders, in governments and the EU Institutions, should not succumb to the facile charms of the populists. Absorbing their ideas or giving them a foothold in institutions is as wrong and self-defeating as during the previous crises.

In Brussels, at least, there are encouraging signs of a readiness to stop extremists’ exploiting the Corona crisis aftermath, with an ongoing debate about the risk. Commissioner Johansson remains firm in her commitment to changing the toxic narrative on migration, and it is an opportune time to do so, because the importance to Europe of migration has rarely been so clear, and a successful recovery will also depend on the 10s of millions of migrants across Europe.

The crisis though has also demonstrated the vulnerability of many of those on the move, including refugees and other forcibly displaced persons. In Europe, this vulnerability results in part from deliberate policy choices, which have led to increased detention and rendered people destitute. ECRE has also documented plenty of negative responses to the Corona crisis, as well as attempts to use it to justify pre-planned measures, including limiting access to asylum, illegal prevention of access to territory, and efforts to crackdown on civil society. Many ECRE members are concerned about their very survival and need support for ongoing work, such provision of legal assistance and day-to-day support to communities, as well as defending themselves against repression, rather than being in a position to use the crisis for change.

That said, with migration out of the political spotlight, there are also certain surprising positive responses from governments, often consisting of a relaxing or removal of unnecessary restrictive measures. While it would be inappropriate to talk of opportunities, there is potential to consolidate some of these positive changes. A switch in the narrative is not enough: an inclusive recovery needs to be backed up by respect for rights as well as respectful rhetoric.

In the asylum area, ECRE highlights four priorities to support an inclusive recovery. First, filling gaps in implementation of the Common European Asylum System. The Coronavirus crisis has led to measures that could and should have been in place before and need to be made permanent. These include improvement in the quantity and quality of reception provision, an easing of detention regimes, and increased investment in registration.

Second, expanding solidarity and responsibility-sharing. Yes, Dublin still needs to be reformed, but before then there are actions to take to mitigate the damage of the allocation rules, and again some positive changes have arisen. it is very important that the agreement on relocation of children from Greece, facilitated by the Commission before this health emergency, is being implemented and that four more countries have joined the original seven. Brokering and implementing this type of agreement is what the Commission should be doing, rather than some of the actions of recent years, like trying to “solve” the Greek island scandal by forcing people back to Turkey or running around Egypt trying to do deals. ECRE urges the Commission to continue with and then expand relocation.

COVID has led to some limited improvements in the approach of Member States to Dublin III (ECRE argues for rights-based compliance with Dublin III while it remains the legal framework). In some cases, there is better respect for the hierarchy in the Regulation, with family reunification and a suspension of Dublin transfers. Policy change to move away from the obsession with transfers, which leaves so many people in limbo and wastes so much money, could follow.

Third, supporting inclusion in European societies. Inclusion is achieved through rights, respect and regularisation, not through lectures on European values which sometimes seem rather unfamiliar to those doing the lecturing. The crisis has led to improved access to health and an expansion of the right to work, mainly through granting the right to work to additional categories of asylum seekers, and through accelerating recognition of certificates and training acquired outside Europe. There has been some limited regularisation, plus exciting and radical proposals for large-scale regularisation programmes, notably in Italy. In a debate this week bringing together NGOs, business representatives and Trade Unions, it was striking to hear the unanimity on the need for regularisation and the opportunity to act now. The EU’s recovery plan should include expansion of right to work and regularisation, as well as protection of jobs. EU can fund inclusion and bring together the social partners to make things happen.

Fourth, access to asylum. ECRE is mainly concerned about restrictions resulting from the crisis, however, although borders are closed UNHCR notes that two-thirds of European countries have explicit exemptions for people seeking protection. In recent years, the right to cross borders to seek protection has often not been acknowledged so clearly. Second, the Commission is emphasising access to asylum in its guidance and public statements, which is an important political choice.

To consolidate this change, there must be consequences where asylum is restricted in policy or practice. Greece is a blatant example, now using the virus as a justification for the suspension of the asylum procedure which predates the health crisis. NGOs in Greece are doing their best to combat restrictions with litigation and advocacy, but the involvement of the Commission is paramount.

Relatedly, the evacuation of people from the Greek islands finally catalysed by the fear of an impending health crisis, must continue. The containment on the islands results from the EU-Turkey deal, which ECRE, opposed from the start, but it is not even an essential element of that deal. The pernicious one-for-one exchange and the return of “bad” Syrians to Turkey has not worked, nor has detention on the islands served as a deterrent. At its heart, the deal is about Turkey preventing departures of refugees and receiving shadowy political and security concessions in return. Departures wax and wane according to the whims of Erdogan, with containment on the islands a peripheral issue. It has long been time to dispense with it.

Across the rest of Europe, the Commission should be monitoring closely to ensure that restrictions on the access to asylum are lifted with the lockdown, and calling for rapid reinstatement of procedures, staffing, systems and procedural guarantees (especially those relating to effective remedy which have been hit hard).

Access to territory is integral to accessing asylum, so ports need to re-open, Search and Rescue to restart, and action to be taken against violent pushbacks at land borders. Following revelations of flagrant violations of international law by Malta, inevitably when relying on and cooperating with Libya, just today, the media reports that the shots that killed a person leaving Turkey came from Greece – a reminder of the widespread use of violence to prevent access at Europe’s borders.

If Europe is seeing the light at the end of the tunnel, at least concerning the health crisis, it must still be prepared for impact of COVID-19 on the rest of the world. For geographic and demographic reasons, the crisis may have a very different profile elsewhere but there can be no doubt about the impending impact of the multiple secondary effects in fragile, poor and conflict-affected countries. Where large sectors of the population live hand-to-mouth, surviving in the informal economy, disruption is devasting as is the dramatic fall-off in remittance income. Everything from food insecurity to political unrest to resource-shortage conflicts are predicted and increased displacement is inevitable.

The EU is mobilising emergency assistance at “unprecedented” speed and will remain a key player in the global response, with its humanitarian and development capacity well-established, as well as its links with key donors and operational responders.

But this is also about internal politics, including Europe’s attempts to externalise its responsibility for refugees. When Turkey, Afghanistan, Libya, Ethiopia, Mali etc – many countries – are grappling with the health crisis and its consequences they will not be focused on containing people on behalf of Europe. Deportations will be difficult where the virus is spreading. Europe’s external policies and resources will more than ever be needed for their true objectives: healthcare, food security, livelihoods, decent housing, conflict prevention, governance, etc.

There is pressure on the EU from some political parties and Member States to publish the pending Pact on asylum and migration. But it is hard to see how the Pact can go ahead without integrating COVID-related developments, and that could take some time. If it is published without significant reference to the health emergency it will be panned. The Commission is also reluctant to repeat the tortuous process of launching proposals when there are fundamental disagreements among the Member States and despite the background negotiations and joint letters, it is not clear that conflicts on the key issues have been overcome. This time round, there is the additional obstacle of a more fragmented European Parliament, with the EPP notably more hard-line, meaning that the efficient work of the last parliament in reaching its positions quickly, is unlikely to be repeated.

ECRE has voiced its concerns about the legislative proposals likely to accompany the Pact and is in no hurry to see them rushed out. Holding off and adapting the Pact to the new COVID world, is not the worst idea. It will only be worth it, though, if the updated version, builds on these small positive responses to the crisis and if it acknowledges the need to have effective policies in Europe rather than outsourcing responsibilities and people. Above all, it needs to embody a positive vision of asylum and migration AND back that up with the necessary legal provisions, policies and funding decisions. Otherwise, a positive narrative will be coated onto the same restrictive practices that leave displaced people vulnerable to health crises and much else besides.