Why inclusion rather than integration? – Interview with ECRE Policy Officer on Refugee Inclusion Tamim Nashed 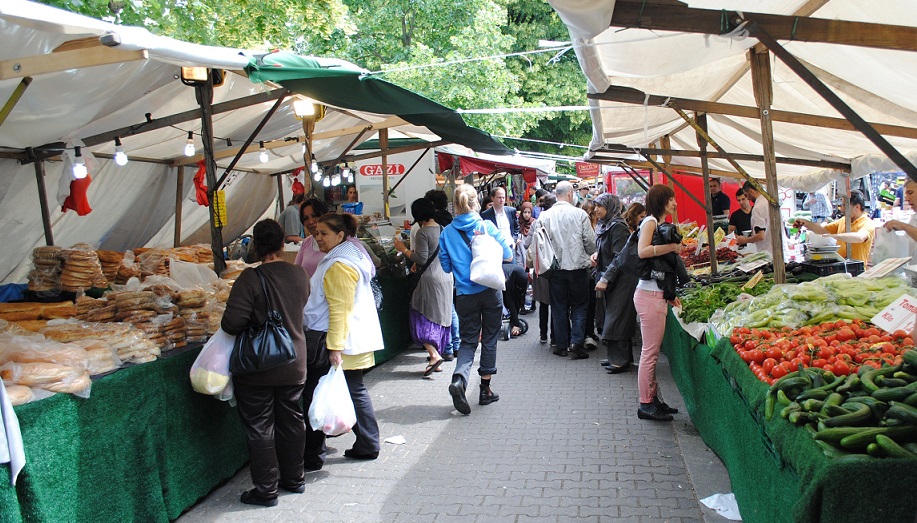 You recently joined ECRE as Policy Officer to work on refugee inclusion. How do you see the main challenges for people of refugee background in Europe?

The main problem in my opinion that despite the extreme polarisation of the discourse on refugees, opposing views support the same fundamental stigmatization – whether refugees are perceived or described as eternal victims to be assisted or aliens to be feared they seize to be individuals with diverse backgrounds, personalities, educations and skill sets. Rather refugees are a category of people that one can form a universal opinion about without knowing a single individual with refugee background.

This is reflected of course in the approach to integration. Study after study identifies general problems preventing the integration of refugees. Policies, programmes and projects of integration are designed to overcome these general problems. It’s a one size fits all approach ultimately confirming the segregation of refugees and ignoring any creative or positive contribution they might have to offer their new societies.

Having lost their jobs, homes, friends or even families does not mean that refugees are not capable of starting a new life given the normal opportunities of other members of society. Designing exclusive integration programmes for refugees that enforce or impose rigid demands of learning and adapting to, for instance, new cultural values, social customs, specific careers or jobs deprives them of the only identity they have left and along with it their opportunity to take control of their life’s. We must allow refugees to find their new identity rather than invent it for them and demand them to adapt.

Like every other region in a globalized world it is vital for Europe to capitalize on the capacities, resources and ideas of new citizens. Excluding refugees by planting them in ready-made boxes not only robs them of opportunities it also prevents them from contributing to their new societies – it is a lose/lose situation.

The way I see it it’s a question of inclusion rather than integration – the ability to contribute individually rather than the obligation to collectively adapt.

What is in your perspective the key to achieve this?

In a global world people travel and live in different places. It could be an American settling in Japan, a Ghanaian farmer settling in the capitol of Accra or a refugee from Syria, Somalia, Afghanistan or Eritrea settling in Europe.  Some have to learn a new language. Some face different social codes or cultural references across and within different societies – this is not exclusive for refugees and the approach to them should be no different than for any other new comers.

Although sharing the circumstances of forced displacement and the trauma of war and persecution refugees should not be seen or treated as passive recipients of assistance nor should they be limited in their ability to contribute or build a future. The new societies should have the courage to do something as simple as treating them as any other citizens with the opportunities and obligations that implies. Refugees like all other citizens have widely different backgrounds and circumstances – a ‘European’ truck driver with no education who lost his job might need of more support than a computer programmer or trained surgeon at the peak of their career. An elderly ‘European’ suffering severe health issues might be in need of more assistance than a 25 year-old athlete. Refugees are of course no different – some need a push and some need the freedom to seek opportunities. By failing to recognize refugees as individuals we might lose the chance to provide the right support for those who need it as well as the opportunity to contribute for those who are ready. At the same time the social systems differ across countries and the same opportunities and obligations as the local population might in fact mean very different things according to national context. However, a fundamental principle of equality should apply to the extent that refugees are met as people rather unwelcome intruders or passive victims in need of guidance and help.

A concrete example of designing projects, which support inclusion, rather than traditional integration would be job training, mentor or internship programs accessible to all people, who would need it, not just refugees.

A paradigm shift from integration to inclusion does not mean that the running projects and programmes, which support refugees are irrelevant. There are of course certain challenges refugees are more likely to face than the average citizen – language barriers and health issues related to the trauma of war and loss of home and family members or the exhausting and dangers of the flight itself. But much would be gained if their fundamental focus was on facilitating progress rather than identifying problems and on providing individual opportunities rather than collective measures.

Who would be the natural partners and allies for NGO’s in future initiatives of inclusion?

Inclusive societies require the engagement of all sectors that already constitute them. Therefore, trust has to be built among different stakeholders from the public, private and non-governmental sectors.

The private sector, for instance, is potentially a good ally in ensuring access to the labour market for refugees. There are companies and corporations, with will to engage but they need guidance and structured information to navigate in complex bureaucratic procedures. By closing the gap between the private sector, authorities and NGOs we could ensure a much more efficient inclusion of refugees. There might be different perspectives across different actors but there are also synergies so we need to break the structural barriers and bring in all the relevant competences and resources and when and where that is done there are many examples of success.

The other key-factor is to engage refugees themselves. They are the most important resource in the equation. It’s not only a question of refugees benefitting from being included into European societies it’s just as much a question ensuring that they have the access to contribute with whatever unique experiences, competences and skills they bring with them. Refugee led organisations and businesses are key-partners and refugee ideas and eentrepreneurship are key-drivers in a successful inclusion.