Weekly Editorial: With or Without You, Solidarity 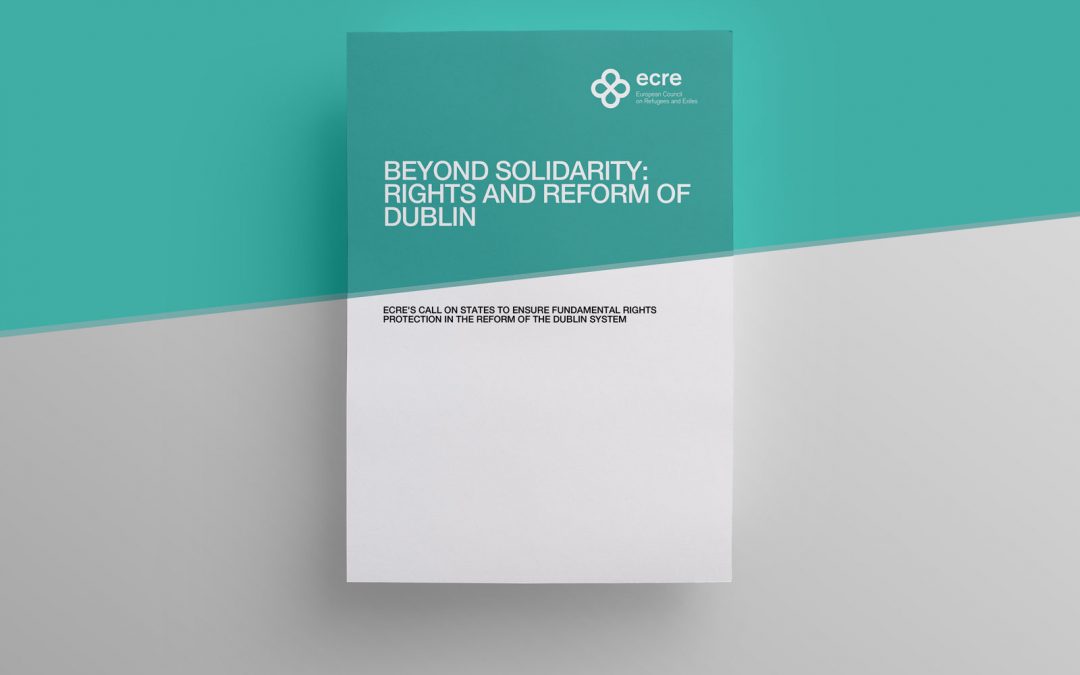 The negotiations on the reforms of the Common European Asylum System (CEAS) have rumbled on for close to two years, with the reform of the Dublin Regulation being the central and most contentious issue. Those obliged to follow the process notice a renewed vigour, with the sense, expressed by the Bulgarian Presidency, that it is “time to reach agreement”, not least due to the deep foreboding invoked by the forthcoming Austrian Presidency (what fresh horrors await?). Bulgaria and the Commission are thus pushing for agreement at Council level by presenting revised versions of the Dublin IV proposal.

So much political debate has focussed on “solidarity” – unsurprisingly and correctly given the deep, bitter and attention-grabbing conflict among the Member States.

ECRE argues in a new Legal Note that decision-makers must not overlook the other parts of Dublin IV, given the human rights violations and inefficiencies that will arise if they go through. The reforms may be dropped of course, and many will breathe a sigh of relief, but there is a scenario where a rush to the finish line leads to a lightly revised Dublin IV, with or without the solidarity piece.

On solidarity, ECRE maintains its position that it is paradoxical to annex a “corrective mechanism” to a fundamentally flawed system; a deeper overhaul is required, as recognised in the European Parliament’s position. Failure over many years to change rules that create disproportionate responsibility for countries of first arrivals (with spurious justifications based on their supposed greater benefit from Schengen) is playing out now in the Italian election campaign. Fair responsibility sharing cannot be a quid pro quo for countries of first arrival implementing a raft of measures designed to prevent access to asylum.

On the rest, ECRE sees multiple risks. First, the drafts of Council positions circulating largely maintain the pre-Dublin checks (“inadmissibility” procedures) which will combine with the safe country concepts to block access to asylum in Europe, as well as creating increased pressure on countries of first arrival in the EU. Second, the sanctions on secondary movement remain, while there is still too little across the reform package and in practice to address the reasons people move. The risk of containment of more people in inhumane reception facilities in the countries at the EU’s border is clear, along with the perverse incentive for those countries to keep their standards so low that when people make it to other Member States, courts refuse to send them back. The other risk arising is increased irregularity.

Third, the provisions on the rights of the child are still not adequate, lacking commitment to best interest assessment, carried out by qualified staff. The Parliament’s position sets out what should be included. Finally, proposed restrictions on effective remedies mean that some will be denied this fundamental right, and provisions on detention mean that its use is likely to increase.

Looking at the proposals, we are reminded that the underlying objective was to keep people out and if they make it in, keep them contained, increasing unfairness for asylum-seekers and refugees and inefficiency and unfairness in certain countries. Member States must continue to work on the other parts of Dublin IV to remove these pernicious elements.