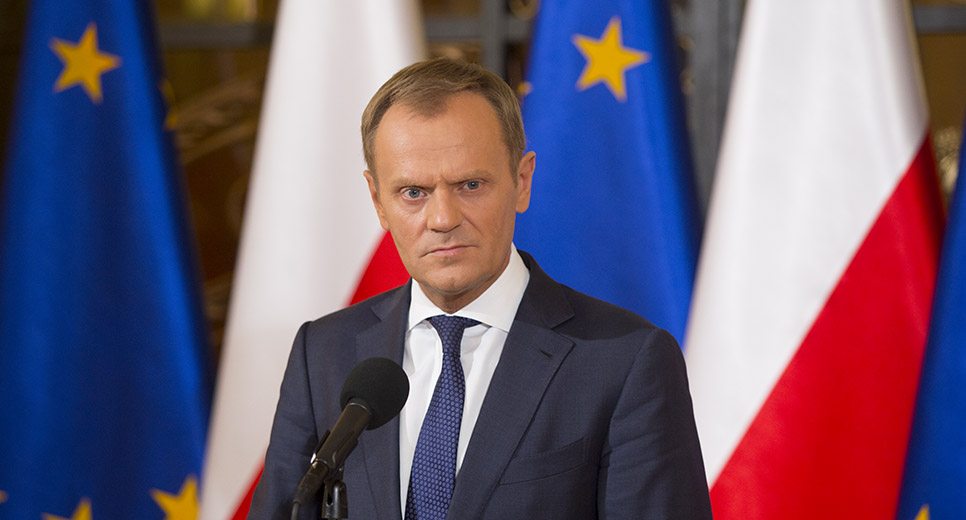 Fortunately, it seems that the EU’s Member States have squarely rejected Council President Donald Tusk’s analysis on mandatory quotas. The chances of ending Europe’s political crisis on migration have improved as a consequence.

In a note, which seems to have been both unexpected and unwelcome, Tusk jumped back into the debate on relocation. His analysis is odd and at odds with the role of the President of the Council, which under any interpretation of the Lisbon Treaty is about defending agreed EU law, as well as supporting “cohesion and consensus” within the European Council. Although the use of mandatory quotas has been divisive, it is not clear how the “disproportionate” attention it attracted makes it “ineffective”. Indeed, the speeding up of the process showed that relocation can be effective – when Member States want it to be.

There are three key problems with Tusk’s attempt to torpedo quotas. First, he is seriously undermining the European Commission, which developed and is implementing the relocation programme. Too often during the crisis the Commission was willing to kowtow to the Member States (interior ministers) and as a consequence was at risk of forsaking its role as Guardian of the Treaties. But on relocation it was robust. Not only did it develop a measure based on continuing to offer protection in Europe – in accordance with EU and international law – it went on to defend it at the CJEU, winning hands down. Yes, relocation is flawed and, yes, it is a stopgap required because Dublin is dysfunctional, however it was and is needed, and was agreed by the Member States using the proper process as confirmed by the Court.

This is not a simple inter-institutional spat however. The second problem is that Tusk is not defending the Member States per se: he is taking sides in a battle of East vs South. The status quo on allocation of responsibility is hugely disadvantageous to the countries in the south of Europe as people are most likely to arrive there, given the location of current conflicts and repressive regimes.  The provisions of the Dublin Regulation and its unfairness are well known and easily exploited. If Tusk wants to pursue this approach, he better be ready to deal with an Italian government bringing together the anti-EU forces of Grillo and Salvini, or the unpredictability of a Berlusconi frontman, after next year’s Italian election.

For the countries of Central Eastern Europe, the perceived imposition of the Relocation Decision evoked the not-so-distant Accession process, which some experienced as ten years of being told what to do by Western Europe and then being told off by the Commission for not doing it quickly enough. With the sense of sovereignty regained only to be lost again, the anger is to some extent understandable. However, it is not possible to pick and choose within a legal order, and asylum law, the Relocation Decision and solidarity are all part of that legal order, as Commissioner Avramopoulos rightfully and forcefully emphasised. And solidarity is not a one-way street.

That takes us to the third issue: the only way out of the crisis is an intra-EU agreement on reform of EU asylum law, including a fair system for responsibility sharing. Every country of the EU has to be able to offer protection. The alternative is the extreme version of externalisation including blocking access to Europe. Aside from the ethical, legal, political and practical problems of externalisation, which ECRE has frequently addressed, it is far too soon to give up – on relocation or on having a functioning European asylum system. Isn’t political leadership about negotiating solutions to difficult problems? How otherwise would any positive political change or reform ever occur? It won’t be easy or quick but not every challenge can be exported. And accepting new populations is in Europe’s interest after all. With this stance, Tusk proves he cannot be the honest broker presenting a “way forward”, which the Note also proposes.