Weekly Editorial: Paris mini-summit: Much ado about nothing? Or a cause for concern? 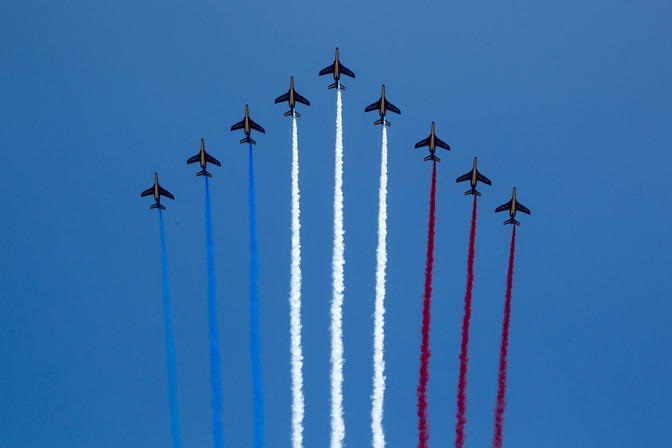 While commentators were quick to dismiss the Paris mini-summit as an ill-advised foray into the quagmire of the migration issue by a new leader, explored from the wider perspective of European security, it can be considered more of a success for France.

On migration, the mini-summit declaration is but the latest in a long line of migration agreements between the EU and Africa (with various different constellations on each side). There is a complicated patchwork of such agreements, usually with the Europeans emphasising the fight against smugglers (read: preventing arrivals in Europe) and the Africans stressing development money (at least in the agreements – legal migration is their key priority in any informal communication): GAMM, Valetta, Rabat, Khartoum, the Partnership Framework and so on. The declaration adds little: the meeting to watch will be the EU-Africa Summit in November, where a row is brewing as AU, African states and African civil society take a stronger stance against the imposition of a European migration control agenda.

The only new element from Paris concerns resettlement from transit countries to be organised by UNHCR. The details about how this would work are not provided and it is not clear whether UNHCR is fully on board. An expansion of and above all increase in number of pledges through existing mechanisms, such as the Emergency Transfer Mechanism to resettle refugees directly from Libya, would surely be preferable.

The resettlement activity is packaged as “protection missions”. Originally President Macron proposed “hotspots in Africa” and seemed to suggest that the African countries would be paid to process asylum claims. This is obviously absurd and there was rapid backtracking. Nonetheless, there is still a reference to “registration by the countries of first arrival/reception”. The idea of external processing of asylum claims by the EU was mooted at some point but is not something that this grouping could put forward politically. However, it remains a core element of Austria’s plans for its EU Presidency and Austrian advanced troops are active in Brussels promoting the idea.

While increasing resettlement is always to be welcomed, the “protection missions” in transit countries are a risky prospect: what will prevent them becoming detention centres? How will they be used for repatriation of third-country nationals? Will they disrupt regional migration which is essential for economic development? Finally, there is a risk that the plan leads to a model of conditional resettlement – resettlement from countries conditional on their cooperation on migration control. In the criteria for selection of candidates for resettlement, the reference is not to UNHCR’s criteria but to a set of factors which includes “link with migration to Europe”.

In the proposal for an EU resettlement programme, ECRE has spoken out against similar conditionality (with Parliament taking up its recommendations). We would also advise any Member State interested in resettlement to “just do it”: increase pledges within existing processes; meet unmet quotas for resettlement from Turkey; relocate people from Greece or Italy; accept people through other forms of humanitarian admission (e.g. the “humanitarian corridors” into France).

In terms of the politics, the mini-summit is very much an initiative of the Elysée, the French Presidency, rather than the Foreign Ministry. Both Federica Mogherini, on behalf of the EU, and the Italians were lukewarm. On the African side, it is interesting to note which countries were not there – Mali, for example, where there have been public protests against migration agreements and less pliant governments.

While the mini-summit could be interpreted as a new President ill-advisedly wading into the quagmire that is EU migration politics, a closer look reveals continuity with France’s long-term strategic interests

A longstanding objective of French security policy is to strengthen EU military capability and to expand EU military and security action in Africa. One of Macron’s first speeches reiterated these interests. In recent years, Germany has resisted many of these efforts either on the grounds of cost or with an underlying concern about whether there were really European security interests at stake (or rather individual EU Member States having an interest in putting an EU flag on their own initiatives).

With the “migration card” being played, we see a new alignment of French and German interests, and serious implications for European security and migration policies alike.

The mini-summit is part of a wider effort to develop security initiatives. There are a number of commitments in the declaration: to support the Sahel Rapid Reaction Groups (Surveillance and Intervention), the S5 regional security force (bringing together the armed forces of the region), and the adaptation and continuation of the EUCAP Niger mission (the first CSDP mission that has migration within its mandate), plus the Mali missions which are expanding work on migration. There is also an intriguing reference to a joint visit to Niger of the same group of countries and High Representative, with the groundwork laid for future cooperation.

Security and migration are intrinsically linked: the main reason refugees and other migrants leave is lack of security. However, these initiatives need monitoring. Their approach is not one of human security – a focus on the security of the people in the countries of origin or transit. It is very state-centric and very militarist. The aim is to strengthen the armed forces of the states in order that they more effectively disrupt migration, including through closing borders. In some cases, these states are repressive, abusive and/or corrupt. Cooperation with these institutions is not wrong per se but it should be based on security sector reform, i.e. supporting the reform and democratic accountability of the institutions, and on supporting them to provide security for their people and for non-nationals on the move. It also has to be accompanied by all the other development and livelihood measures that are needed to reduce the appeal of smuggling and being smuggled.

Franco-German cooperation would be better applied to reaching political agreements within the EU, to break the deadlock on migration and asylum, to make progress on solidarity and reform of Dublin, and to prevent the erosion of the rule of law provoked in Europe. Security adventures to control migration are likely to lead to human rights violations as well as exacerbating reasons for displacement.