Weekly Editorial: Lessons from Turkey for a wannabe geopolitical player 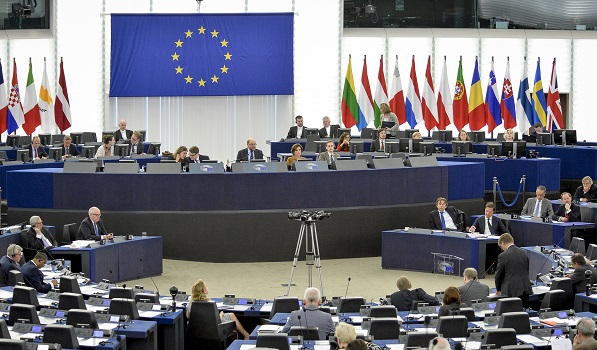 This year’s anniversary of the EU-Turkey deal falls at a time of chaos, confusion and fear. The Coronavirus epidemic has disrupted all aspects of European life; for displaced people in Europe, the virus poses an additional threat. In both Greece and Turkey, and elsewhere in Europe, refugees live in very precarious circumstances meaning that they are more at risk from a health emergency.

The deal itself led to the containment of people on the Greek islands and the ensuing ongoing humanitarian crisis. Before the current health emergency, there was a near total absence of access to basic services (and basic rights), including healthcare. For now, as a matter of urgency, all necessary support must be provided to organisations in Greece and other humanitarian responders with operational presence, and their recommendations on the actions to take, based on the needs they see, should take precedence.

The damage caused by the non-strategy of allowing the situation drag on and letting what was supposed to be a temporary and exceptional measure become a permanent policy is clear: evacuation to the mainland and relocation across Europe should have happened months – if not years – ago, instead of maintaining the farce that this element of the Deal, return to Turkey of the “bad” Syrians who dared to cross, was in any way implementable.

Beyond the virus, the anniversary coincides with the culmination of Turkey’s attempts to use the refugees it hosts as pawns to get EU and NATO support for its actions in Syria. It is allowing or even encouraging people to cross the land border as sea arrivals have continued to increase. ECRE continues to condemn the response of Greece and the EU, and urges reinstatement of the right to asylum in Greece and extensive operational support for emergency reception facilities, humanitarian programming, and relocation.

Beyond the short-term emergencies, the relationship with Turkey in recent years demonstrates the risks and the redundancy of an approach to external affairs based on prioritising short-term migration prevention objectives. As the new Commission decides what it means to be “geopolitical”, there are multiple lessons to learn. Otherwise, there is a risk that the “geopolitical Commission” becomes just the latest iteration of hard-power Europe, which would an inadequate response to the fluidity and complexity of contemporary geopolitics.

For years, the call has been for the EU to be a “player” not just a “payer” and to stop relying on all that (feminine) soft power and start playing hard-ball with the big boys. Two clichés embody the shift: first, the development and deployment of military power, and second, “correcting” the balance between interests and values, such that the EU starts to act more in line with European interests rather than naively pursuing a value-based foreign policy.

For the first, military power, the new HRVP, Josep Borrell, seems determined to expand the EU’s military capabilities like his predecessor, Federica Mogherini, who came in from NATO, and Commission President Ursula von der Leyen, formerly defence minister. But the terrible mess in Syria, along with other complex conflicts in the EU’s neighbourhood, illustrate that projection, threat or deployment of military power offers little in terms of solutions. There might have been a shift in international politics back towards the use of force and away from rules-based international order, but the situation is complex and messy, and no-one really seems to be “winning” from all that use of force – not in Syria, Libya, Yemen or even Ukraine.

In these cases, a series of big powers use force directly or through proxies and puppets, which is massively exacerbating the complexity of the conflicts, increasing the number of civilian casualties, and multiplying the humanitarian consequences, including forced displacement. It is no simple game of war: actors are simultaneously enemies and allies, fighting, posturing and flirting at the same time, like Turkey and Russia. It is all tactics and no strategy, with objectives changing rapidly as ambitions are thwarted, and the publics in the countries involved struggle to understand what on earth their governments are trying to achieve. In Syria as in Libya, peace brokerage has become another form of power projection, with conflict parties assuming the role of broker in an attempt to defend or increase their territorial and political gains.

There might indeed be small gains here and there but no-one will win any of these conflicts; as Turkey can also testify, wading in with proxies’ guns blazing has not furthered its interests and now it focuses again on more traditional enemies. Even for Russia, the prospect of propping up a fragile and constantly threatened regime for decades, while patchy ceasefires hold and fail, all while trying to secure funding for reconstruction, its likely future in Syria, can hardly be classed as a “victory”.

For the EU, strengthened and more sophisticated diplomatic resources, the power to persuade Member States to act through rather it than against it, and an expansion of its humanitarian resources, all look to be better alternatives to ploughing money into the use of force. An investment of financial and diplomatic resources in resilience, prevention and peace processes, backed up by its economic leverage, would provide the EU with a role that both plays to its strengths and might contribute to better outcomes for the places in question.

For the second cliché, interests not values, this is the approach pioneered in Turkey and it too can hardly be deemed a success. An interest in the prevention of migration, including preventing the movement of refugees, has trumped all considerations related to the EU’s values, as set out in the Treaties and in international law.

For years, the struggle to promote interests rather than values foundered because what exactly are European or EU interests in the absence of federal Europe? Values are easier to use as objectives for foreign policy because they are listed in black and white, in the constitutional documents of the EU – particularly in the Lisbon Treaty – and in the key texts of international law (a reference for as long as the EU backs a rules-based international order). Even for an individual country, discerning the “national” interest is difficult; for the EU it is almost impossible. Is it the cumulative interest of the Member States? But their interests are often conflicting. They lack common geographic interests to start with, which has played out over the years as East versus South, or focus on security threats emanating from Russia and the Eastern neighbourhood versus a focus on the Mediterranean, with a push for an Africa focus from France, sometimes Belgium and Portugal, and a reminder that Latin America exists from Spain and Portugal, usually during MFF negotiations. The “European interest” is never more than the sum of its parts and for most Member States, using European funds, political power or tools when their interests require it remains the predominant view of a useful European foreign policy.

In this context, some in the Institutions, including those who should know better, have welcomed the emergence of migration prevention as a foreign policy objective because it provides that previously elusive unifying European interest: France and Germany are finally united and the eastern countries are finally interested in the Southern Neighbourhood and even in Africa. The EU has a role; CSDP is relevant.

From a human rights perspective, this tawdry approach is pointless: why have an EU foreign policy if its objective is to control and prevent migration towards Europe, regardless of the consequences? But even from the perspective of Europe’s interests, it hardly looks sensible.

Prevention of all migration is not in Europe’s interests and it is any case an impossible objective. Anyone who wants to prevent war would be decried as naïve; to set the objective of prevention of migration is no less so. Even attempting to manage or control migration is unrealistic. It may be possible and indeed welcome when it comes to legal migration for economic purposes, but so much of contemporary migration is forced displacement which can neither prevented nor fully controlled. People flee persecution, repression, conflict and violence and attempt to cross borders. These movements should be better managed – obviously – but attempting to assert complete control leads to violent prevention of entry, movement or departure.

Beyond that, migration is currently a weak point for Europe and EU-Turkey relations demonstrate what happens when you make a weakness the centre of your policies: power is handed to the other party and used to extract concessions. Unifying Europe around this objective will not make the EU a serious player, rather it is ripe for exploitation by every tinpot dictator or warlord, from Libya to Egypt to Sudan and beyond.

In Turkey, as in Niger and Libya, Europeans and its partner local governments/leaders/militias (delete as applicable) are largely playing with third country nationals that neither cares about too deeply. The dynamics change significantly when the country’s own citizens are the subject of the migration control objective, such as in the EU’s relations with many African countries. Cooperation is less likely – whatever the money on the table – and all the EU’s trust and credibility blown up. Trust is a valuable diplomatic resource, necessary for meeting other objectives, be they based on interests or values. The narrow pursuit of the supposedly European interest in migration prevention is also immensely counterproductive in its own terms, as these actions inevitably create more displacement by shoring up those who create displacement and encouraging others to close protection space.

So, on a particularly bleak anniversary of the deal, wider lessons from cooperation with Turkey show that values and interests are intrinsically linked – there are multiple reasons why pursuit of values will actually better serve Europe’s interests and allow it to be a serious foreign policy player. Hard power does not offer much in response to the complex challenges in Europe’s neighbourhood, where a broad and multi-faceted approach to key partners is needed; sophisticated diplomatic action, and a focus on the genuine objectives of trade, development and security policies, will do more to realise interests than building up military capabilities. Developing collective and functional internal policies on asylum and migration is essential, otherwise migration will remain Europe’s Achilles heel in power-driven external affairs. Relations with Turkey show that allowing a migration control agenda to dominate and derail European foreign policy might offer chimeric short-term unity but it is not the way to be a real player at a time when displacement is a key geopolitical issue.