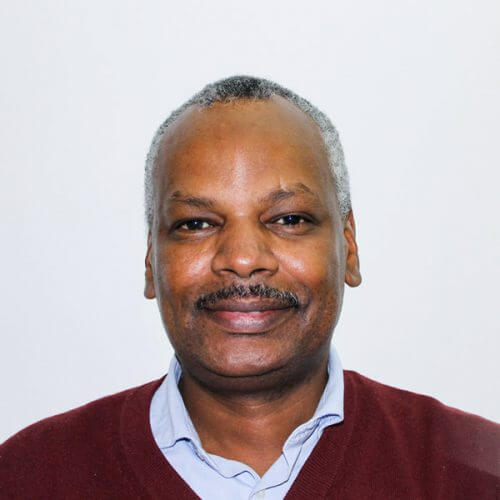 When I arrived in Torino back in 2006 I saw the situation of people arriving as refugees – sleeping rough in abandoned houses and without access to information and support. I started immediately helping them with their individual problems. I have always been a human rights activist and it was natural for me to start organising to find solutions – at first my focus was on my compatriots from Sudan but through the cooperation with a friend from Congo we ended up broadening the scope to include the full population of refugees and the organisation Mosaico was born.

One of the key issues in those days was the fact that the voices of people with refugee background were ignored at the municipality level. People were discussed but never included. We started to advocate and enter the debate with local authorities but in those days it was very clear that they had limited interest in the reality we tried to address – we told them that without integration we are creating a huge problem that would eventually explode in our faces. This became true in 2011 when Libya collapsed and we had thousands of people in the streets. The support structures, information and integration mechanisms we had argued for were not in place and the situation was handled as an emergency, and when the emergency funding ran out people were simply left in destitution. We were working round the clock to support people – volunteering on top of our day jobs but people were forced to take matters in their own hands out of desperation and some occupied abandoned buildings to get a roof over their heads. That led to tensions with refugees being portrayed as criminals and a vicious circle was created.

Fundamentally it’s seeing the result of your work in the life’s of people. Mosaico is now a well- established organisation with a combination of institutional donors like UNHCR, private companies like the local bank Compagnia SanPaolo, the local municipality as well as local civil society like the church for projects and the foundation Open Society ensuring the core funding to make the organisation run. We have a large portfolio of projects providing support for refugee women, higher education for refugee students, dormitories for people in need and basic information about rights and available support not only to refugees but also to locals in destitution – we actually now have a city map of support options designed as an app available for people in need.

One of the most inspiring projects was developed in response to the many deaths of people trying to cross the Alps to reach France. We started working with the municipality on warning people in the mountains about the dangers of the journey – we didn’t interfere with their decision to go but we wanted them to be aware of the risks including of being returned by French border guards if they actually made it across. However, we were only reaching people who had already embarked on the journey and we decided to warn people upon arriving at the local train station and hand out survival kits with basic things like warm cloth, soap, map of support providers, towels, tickets for local transport to ensure that they were not leaving out of desperation.

I know that it is vital that the particular experience of being forced to flee your country is included in the solutions and assistance projects we design – Mosaico is a refugee led organisation and therefore we are trusted by the new people coming. They know and feel that we understand their situation and that is a key cornerstone of our success as an organisation. This is also why we have formed an umbrella organisation to unite and support all the refugee led organsations in Italy.

At the European level we started working with ECRE in 2011, became members in 2015 and joined the board in 2018 – now I am travelling Europe to share my knowledge and ensure that the unique experience of people who have been forced into displacement is not ignored but put to use to find better and more sustainable solutions.