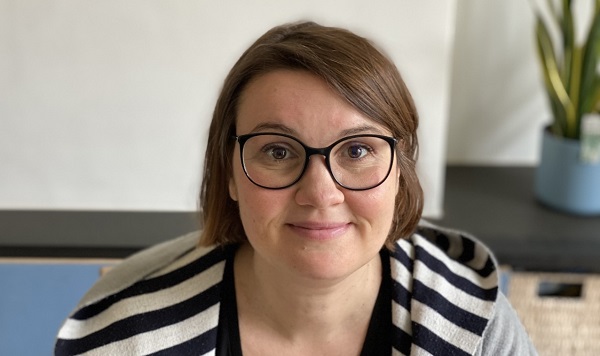 ECRE is an alliance of 107 NGOs across 40 European countries and its diverse membership ranges from large INGOs with global presence to small organisations of dedicated activists. Members’ work covers the full circle of displacement from zones of conflict, to the dangerous routes and arrivals in Europe, to long-term inclusion in European societies, with their activities including humanitarian relief, social service provision, legal assistance, litigation, monitoring policy and law, advocacy and campaigning. We decided to share some of their voices.

I have a vivid memory from my childhood of seeing tv news about people fleeing the Rwandan genocide. I looked at them through the eyes of a child and asked: Where do they have all their toys? And their sofa? And their clothes? Where will they go now and what will happen? My thinking was very practical and I didn’t understand the full scope of the events. But I knew they were fleeing their homes and this memory always stuck with me and I felt I had to do something in that area.

Years later I decided to go to law school, wanting to work on human rights and displacement. However, my first position after completing my studies was as a cooperate lawyer, where it was much easier to find an entry level job. After three months, I knew I had to quit and instead went to Geneva for an internship with UNCHR. From then on, I have always focused on migration and asylum law. I worked with NGOs at national level in Belgium, went to Burundi with UNHCR, and now I work at ECRE’s secretariat. So, the seed that was planted early in my life has sprouted.

It starts with a human rights violation that took place in Belgium in the winter of 2018 when the government decided to close the door of the Asylum Office which is the only place in Belgium where people can apply for international protection. Every day there was a long queue in front of the office but only very few, the most vulnerable, were let it. As a consequence, a growing number of people were sleeping rough despite the cold as they had no access to reception. It sounds like such an obvious human rights violation, but when you try to legally fight it in court, you encounter a problem: While asylum seekers are entitled to reception, these people were formally hindered to enter this legal category.

The inspiring experience was that we, I was working with Flemish Refugee Action back then, managed to push the Council of State to declare the measure illegal. To get there required a lot of cooperation between different teams and organisations. A team of colleagues and volunteers went to the Asylum Office every morning informing people about their rights and gathered information on what was happening. The communication team ensured there was a lot of media attention. And in the meantime, together with other organisations, we were developing legal strategies to tackle the situation. The evidence gathered by civil society was crucial for the courts’ assessment, this was the basis of the ruling. It was a tiny victory in the grand order of things and about something that should never have happened in the first place – but I felt very fulfilled.

I think that in regard to asylum, we have reached a point where everything is about trying to prevent that things get even worse. It’s a lot of work, but I hope that at some point we can instead focus on how we can get better and better to ensure everyone has access to their rights and are treated as equally as possible. So, fighting injustice is what motivates me. But there are so many more aspects: the field is legally interesting, its inspiring to see how people reestablish their lives, having a good life myself just by chance…