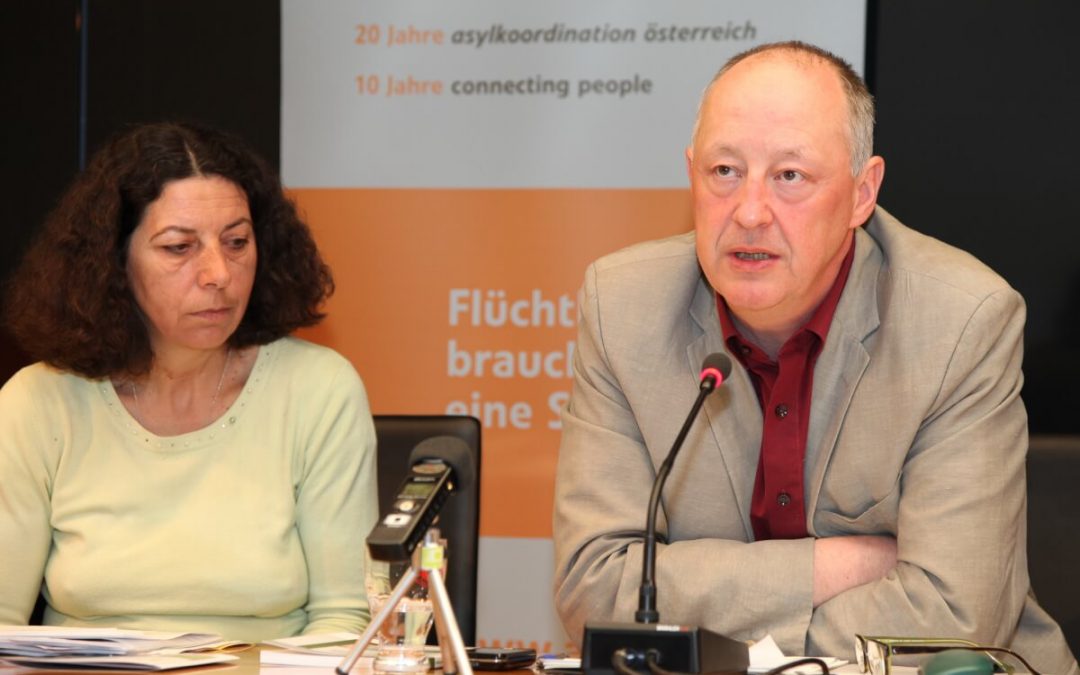 ECRE is an alliance of 104 NGOs across 41 European countries the diverse membership ranges from large INGOs with global presence to small organisations of dedicated activists. Members’ work covers the full circle of displacement from zones of conflict, to the dangerous routes and arrivals in Europe, to long-term inclusion in European societies, with their activities including humanitarian relief, social service provision, legal assistance, litigation, monitoring policy and law, advocacy and campaigning. We decided to share some of their voices.

I studied Social Anthropology in the 1980s an era when for the first time larger numbers of refugees from regions outside Europe arrived in Austria. At the same time there was a complete change of the political landscape. In 1980 we witnessed the last great movement of “old” refugees (from Poland) in the context of the Cold War and in 1989 with the end of the Soviet dominated “East Block” there was a fundamental change of paradigm – the connotations of the word refugee transformed from being heroic victims of the communist regimes to become economic parasites and a threat to our security. From ideological clichés to dehumanized aliens.

From 1986 I worked as a journalist for the radio and witnessed this radical change in public discourse first hand. At that time I met a lot of politically active people, who were engaged in helping refugees and working for an open society with open borders.

When in 1992 – meanwhile with a little help of Austrian and German politicians Yugoslavia had collapsed and thousands fled the wars that followed – the organisations working with refugees in Austria decided to form an umbrella organisation and I was asked if I could help to formulate a press emission. That was the beginning of my direct involvement in asylum policy in Austria.

The most inspiring experience was the moment when the first train arrived in 2015 at the Vienna Westbahnhof from Budapest carrying hundreds of refugees from Syria, Iraq and Afghanistan. We stood at the platforms applauding, with tears in our eyes hugging each other and waving our welcome to the people arriving. They seemed exhausted but happy to be in a safe and welcoming environment after all they had to suffer on their long journey.

What has later been labelled a “European refugee crisis” was for us an unprecedented period of engagement and solidarity with thousands of volunteers working day and night managing to provide the needed support – where European politicians created the chaos that still divides Europe, the populations represented by civil society, activists and regular people concerned stepped up.

My motivation is on the one hand a personal one. I am part of the generation of sons and daughters of people who where deeply involved in the catastrophe of the 20 century. In my family both, membership in the NSDAP and displacement came together. In Austria there was very little resistance against the Nazi regime and a big deal of cooperation. In the 1980ties with the Waldheim affair for the first time Austria’s status as “first victim” of Nazi Germany was questioned. As part of this late realisation of Austria’s role in the history of Holocaust, many people decided to dedicate their political and professional life to “never again”. And a part of this was “never again the boat is full”.

In the 20 years of my professional career with asylkoordination I learnt to work together with a lot of different groups of people within the Austrian society – I even did trainings with law enforcement people. Through this experience I learned a lot about how democracy (could) work.

And still a main motivation are all the people from Afghanistan, Somalia, Bosnia, Syria, Chechenia, Nigeria … I learnt through their successful “integration” as critical citizens, empathic fellow women and men, skilful professionals and good friends.