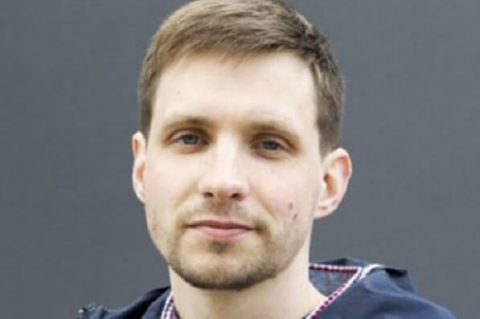 How did you become involved in protecting the human rights of those displaced?

I joined the Estonian Refugee Council (ERC) back in early 2013 when the organisation was still in its infancy. Although I have never regarded myself as an activist, issues of identity, migration, and social justice have long been on my agenda. When I was invited to join ERC by a friend of mine and work on refugee issues – at the time really a political non-issue in Estonia – I didn’t think long before accepting. I took up the leadership position two years later, only to find myself in the middle of the beginning of the so-called European ‘refugee crisis’ in the very first month. There has not been a quiet day since, be it for political turmoil at home or deepening of armed conflicts abroad.

I travel rather frequently to our humanitarian programmes outside of Europe to train and monitor, and the most inspiring moments come from these visits. When you see resilience of people affected by extreme stress, finding solutions even in the most impossible situations – this resourcefulness and strength is truly amazing. Nevertheless, not everybody can cope the same way and this is where humanitarian action comes in. During my visits I’ve had long conversations with the people who have benefitted from our local-level programmes in eastern Ukraine, for example. I vividly remember one Roma man in a rural area in Donetsk oblast who had bought a cow using the livelihoods cash grant which came from our programme. He was utterly astonished by that aid and is probably the happiest person I’ve ever met. Sitting mostly behind a computer far from the conflict situations themselves, designing and planning projects targeting hundreds or even thousands of people, these conversations are just a necessity in order to understand the context but also to stay motivated doing this work against all odds.

Estonia has its own history of displacement, with more than 70, 000 people leaving the country on boats during the Second World War. Most of them found refuge in Sweden and Germany, later moving on to countries like Canada, USA, Australia. Being welcomed in these countries, refugees from Estonia established their communities in these countries which persist until this day. I think that ensuring the rights of strangers is the ultimate litmus test for the whole society, and we should look at it from under the “veil of ignorance”: how would we want to be received and welcomed if we were in the shoes of refugees ourselves? All in all, I want my children to live in an Estonia that accepts and celebrates differences and doesn’t waste its time or political power for fearmongering and scapegoating of refugees and other minority groups. I want to leave behind a better society than the one I was thrown into.