USA: Attorney General rules out domestic and gang violence as grounds for asylum 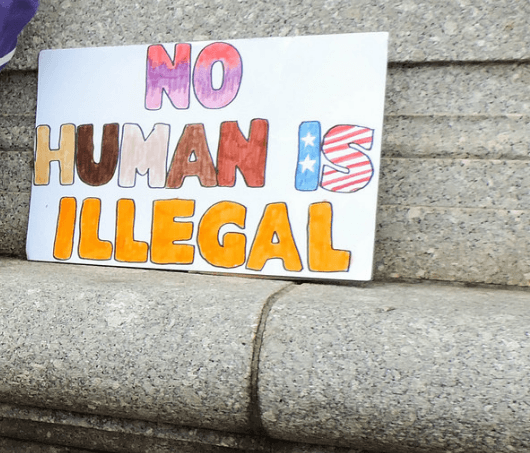 Attorney General Jeff Sessions has overturned a legal precedent that had allowed women fleeing domestic violence to claim asylum in the USA, in a ruling which also minimises the right to asylum for victims of gang violence.

The decision, announced on Monday, reversed an immigration appeals court ruling that granted asylum to a Salvadoran woman who said she had been sexually, emotionally and physically abused by her husband. In the decision, the Attorney General disagreed with the way in which women victims of domestic violence had previously been categorised as “members of a particular social group”, which is one of the predetermined legal reasons for persecution that can constitute grounds for an asylum claim.

In Monday’s ruling the Attorney General narrowed the definition of a particular social group, stating that it must be “composed of members who share a common immutable characteristic, defined with particularity, and socially distinct within the society in question.” He argued that the common circumstances of women subjected to domestic violence were not sufficient for them to be categorised as a particular social group. In the ruling, domestic abuse of this kind is described as “private violence”, which “does not constitute evidence of persecution.”

The ruling was condemned by immigrants’ rights groups, some of whom viewed it as a return to a time when domestic violence was considered a private matter, outside of the responsibility of the government. Karen Musalo, a defence lawyer on the case and director of the Centre for Gender and Refugee Studies at the University of California Hastings College of Law, said that the decision would “yank us all back to the Dark Ages of human rights and women’s human rights.”

The narrower definition of “particular social group” foreseen by the decision will also have an impact on applicants claiming to be victims of gang violence, as these applicants “are often not “exposed to more violence or human rights violations than other segments of society,” and “not in a substantially different situation from anyone who has crossed the gang, or who is perceived to be a threat to the gang’s interests.” As a result, the ruling states, “generally, claims by aliens pertaining to domestic violence or gang violence perpetrated by nongovernmental actors will not qualify for asylum.”

President Trump has long insisted that violent gang members are using the immigration system to illegally infiltrate the United States. The Attorney General seemed to be addressing this concern with the ruling: “Saying a few simple words — claiming a fear of return — is now transforming a straightforward arrest for illegal entry and immediate return into a prolonged legal process.”

Some of the immigration judges whom Mr. Sessions addressed found the ruling troublesome, claiming that he was infringing on their ability to decide cases and using the ruling to push his own anti-immigration agenda.

In the ruling, Sessions denied this claim: “The respondent and some amici complain that I have advanced policy views on immigration matters as a U.S. Senator or as Attorney General, but the statements they identify have no bearing upon my ability to faithfully discharge my legal responsibilities in this case. I have made no public statements regarding the facts of respondent’s case, and I have no “personal interest in the outcome of the proceedings.”