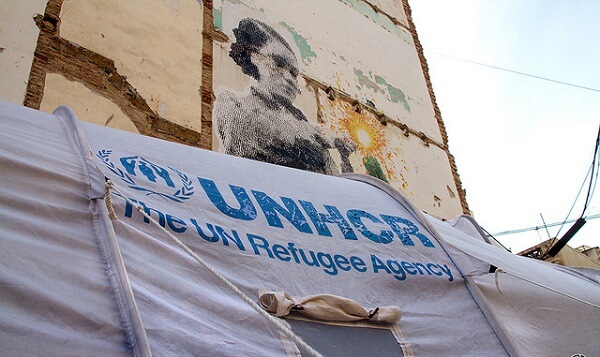 The United Nations Refugee Agency (UNHCR) has released data showing that only 4.7 percent of people in need of resettlement were actually resettled in 2018. Most resettlement needs arose from Lebanon and Turkey, to where people fled conflict in the Middle East. A greater willingness of Western states to engage in resettlement schemes could spare dangerous journeys and safe lives.

According to Data on UNHCR-facilitated resettlement departures, 55,692 people out of an estimated 1.2 million in need of resettlement have been offered the opportunity. Most departures took place from major host countries Lebanon (9,800), Turkey (9,000), Jordan (5,100) and Uganda (4,000), with the largest number of those referred having fled from Syria (28,200), the Democratic Republic of the Congo (21,800), Eritrea (4,300) and Afghanistan (4,000). 22% of resettlement needs have emerged in countries of asylum and transit along the Central Mediterranean Route, where the death toll of people moving towards Europe continues to rise and people endure degrading conditions in overcrowded camps.

As one of three so-called ‘durable solutions’ to displacement, resettlement involves the relocation of those displaced from a country of asylum to a country that has agreed to admit them and grant them permanent settlement. The Global Compact on Refugees (GCR), affirmed by the UN General Assembly at the end of 2018, aims to facilitate responsibility sharing in the international community, two of its main objectives being “to ease pressures on host countries” and “expand access to third-country solutions”.  It calls for States to offer more resettlement places. The compact does not include binding commitments.

“Resettlement remains a life-saving tool to ensure the protection of those most at risk. It is an instrument of protection, and a tangible mechanism for governments and communities across the world to share responsibility for responding to forced displacement crises. Resettlement and other complementary pathways for admission, is a key objective of the Global Compact on Refugees, to help reduce the impact of large refugee situations on host countries”, UNHCR spokesperson Shabia Mantoo comments.

In its policy note on the GCR, ECRE stresses that “expanding safe and legal routes to the EU and safeguarding the right to claim asylum in Europe are some of the most important contributions the EU can make to the implementation of the GCR. As a contribution to the measures outlined in the GCR on resettlement, the EU should continuously expand its resettlement from the current 50,000 places pledged over a two-year period, a commitment that runs out in October 2019. In addition, Member States should expand other safe and legal routes for refugees and withdraw restrictions on family reunification”.

For the coming year, UNHCR expects numbers of people in need of resettlements to rise further to 1.4 million, most from within Europe and Central Africa.  UNHCR is currently working with States and partners, to develop a three year strategy on Resettlement and Complementary Pathways to respond to these needs.